While the OnePlus 5 leaks continue to pour in, it seems like there are only few days left in the official unveiling of the smartphone as a newly leaked image has suggested that the launch event will take place later this month. Separately, the company's CEO has shared the screenshot of the smartphone's operating system, only to reveal some more specifications.

Talking first about the officially shared information, OnePlus CEO Pete Lau shared a screenshot (below) of the "OnePlus 5 desktop" on Weibo, which shows it running HydrogenOS. While the screenshot confirms the presence of 4G connectivity, VoLTE, and dual-SIM functionality, the EXIF data of the original image shows that the phone comes with a full-HD (1080x1920 pixels) display, reports GizmoChina. 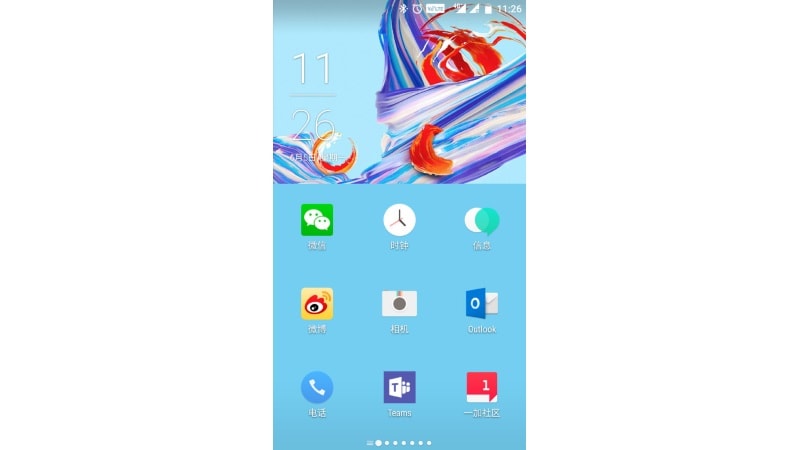 We wonder how HydrogenOS fits into the scheme of things. OnePlus last year had confirmed that OxygenOS and HydrogenOS would be merged going forward, for faster updates. With the teaser of a HydrogenOS-style interface, the plans of OnePlus seem unclear.

Separately, a leaked launch teaser shared on Chinese microblogging website Weibo, suggests that OnePlus 5 smartphone will be launched on June 20, as pointed out in a report by PhoneArena. Notably, another leak that earlier popped up on the same website indicated that the smartphone will be unveiled on June 15.

While many of the earlier leaks have tipped a vertical dual camera setup, an alleged teaser image of OnePlus 5 recently suggested that the smartphone will be coming with a horizontal camera setup. As per the leaked teaser, OnePlus 5 is expected to feature a dual-camera setup similar to that on iPhone 7 Plus.

As there are more rumours than official confirmation, it would be a wise idea to wait for an official announcement from the company to confirm the specifications as well as the release date of the OnePlus 5.