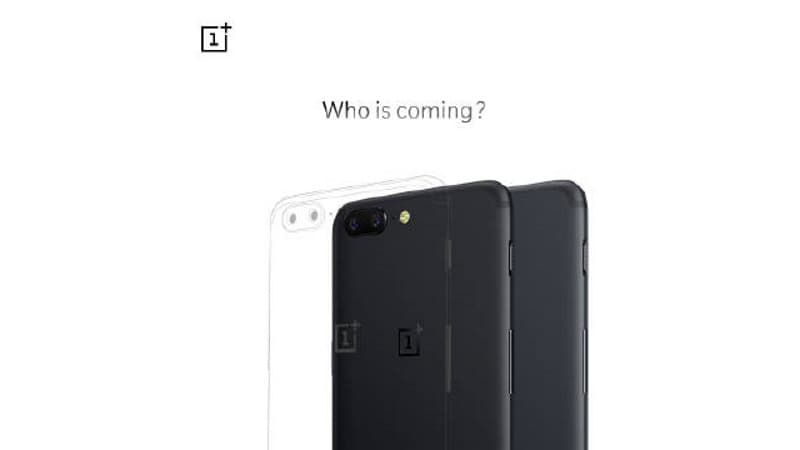 OnePlus 5 has been declared as the most successful OnePlus launch till date by the company and it seems like potential buyers are soon about to get a new option to choose from, apart from the rather similar two options currently. Of course, the OnePlus 5's colour variants also signify the RAM/ storage variants. the Slate Gray offering features 6GB RAM and 64GB storage, while the Midnight Black variant offers 8GB RAM and 128GB storage, priced at Rs. 32,999 and Rs. 37,999 respectively. Now, OnePlus has posted a teaser image to suggest that a new colour variant for the handset is coming soon.

In the teaser image, posted by company's original Weibo account, OnePlus has shown the two existing colour variants of OnePlus 5 and a transparent version of the smartphone. In its teaser, the company has said, "Who Is Coming?" to indicate the launch of a new entry in the smartphone series.

Notably, OnePlus India has also posted a similar image with a caption "5omething new coming up! Can you guess what it is?" Considering that India is one of the main target markets for OnePlus, it wouldn't be a surprise if the new colour variant makes its way to India soon after launch.

TheAndroidSoul has pointed out that the TENAA listing of the OnePlus 5 had previously indicated the presence of a Mint Gold variant of the smartphone, which was not launched alongside the other colour variants last month.