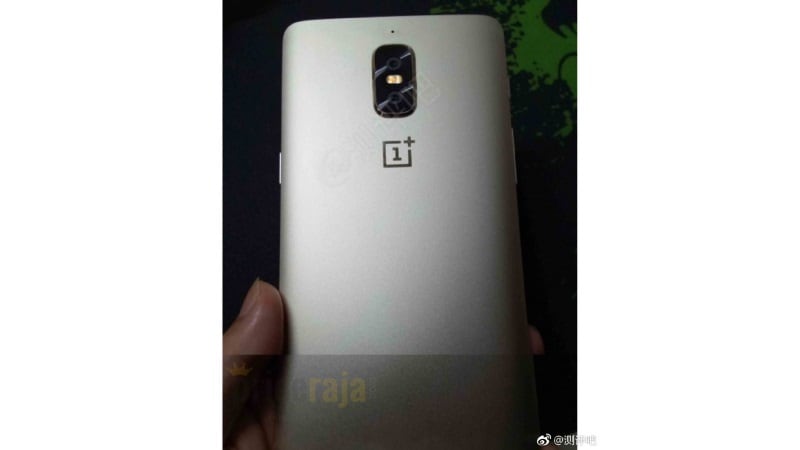 Another day and another OnePlus 5 leak is here. Just when we thought that every kind of dual-camera configuration on the smartphone has already been suggested, a new leaked live image of a prototype model - with different design than earlier leaks - has now popped up on the Internet. Interestingly, the newly leaked image suggests that the phone will come with a dual-LED flash in between the dual rear cameras on the OnePlus 5 smartphone.

The leaked live images of the protoype, obtained by PriceRaja, suggest that the upcoming OnePlus 5 could come with a vertical dual camera setup with dual-LED flash in the middle and a rather broader design than the one suggested in earlier leaks.

Interestingly, the newly leaked image is different from the live image leaked on Wednesday, which suggested that the LED will be situated below the camera panel at the back of the device. Also visibly missing on the bottom panel of the phone in the new leak is the 3.5mm headphone jack, indicating the company may decide to do away with it and rely on the USB Type-C port on board. Antenna lines are also not visible, a step away from the OnePlus 3's design.

The OnePlus 5 is expected to feature top-of-the-line specs including Snapdragon 835 SoC coupled with Adreno 540 GPU and 6GB of RAM. It has been tipped to run Android 7.1.1 Nougat out-of-the-box and sport a full-HD (1080x1920 pixels) display.

A rumour on Wednesday suggested that the OnePlus 5 will feature a 16-megapixel primary camera with a Sony IMX398 sensor and 1.12-micron pixels, but it was notably vague on how it fits in the dual rear camera frame of things.

The OnePlus 5 has already been spotted on AnTuTu where it scored 176,000, and GeekBenck where it achieved a multi-core score of 6687, outperforming Samsung's Galaxy S8+.

It seems like we will have to wait till the device's Summer launch to confirm anything as currently there are all sorts of contradictory leaks floating around on the Internet.