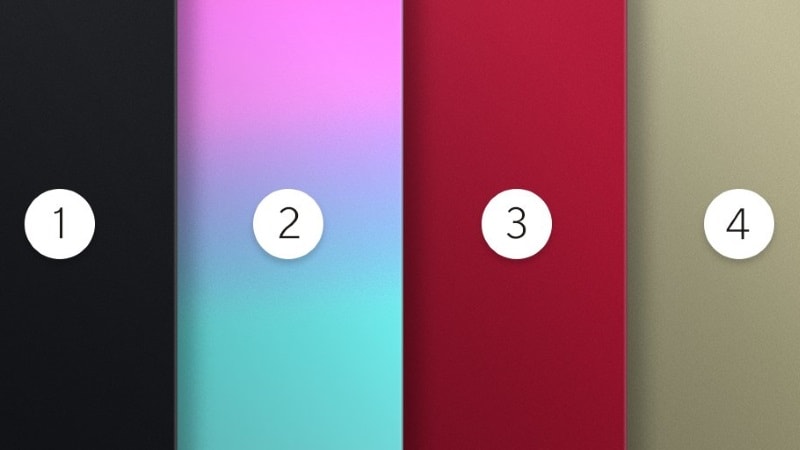 If there is any smartphone that has the rumour mills set in overdrive right now, it is the upcoming OnePlus 5. While there are speculations regarding most of the design choices on the yet-to-be-announced flagship, now the company has even created doubts about the colour options that will be offered with the smartphone.

In its latest tweet, OnePlus says, "What 5hould the colour of your next phone be?" The use of the numeral 5 instead of letter 'S' clearly indicates that the company is talking about the colour choices for its upcoming OnePlus 5 smartphone. The first choice is clearly Black, third choice is Red and fourth one appears to be some shade of Gold. However, the second choice mentioned by the company seems to be completely ambiguous as it has a gradient but might be an indicator of something else entirely.

In the comment section, when someone referred to the colour as Slushii, OnePlus jumped in to clarify that "Actually it's unicorn." As the company seems to be playing its cards close to its chest, we can only speculate what it means by this reply.

Recently, OnePlus Co-Founder Carl Pei teased the position of headphone jack on the OnePlus 5 by saying, "Why did the headphone jack cross the road?" As the audio jack has not been seen in any of the leaked images till now, there was speculation that it might be removed from the phone entirely. However, this tweet from Pei seems to indicate that it might have been moved to the top of the smartphone.

Apart from these two aspects, the design and orientation of the dual camera setup at the back of the OnePlus 5 has also been in question thanks to contradicting leaks. It seems like we will have to wait for the smartphone's official launch, expected in Summer, till we get any confirmation of its design, specifications, and now colour choices as well.