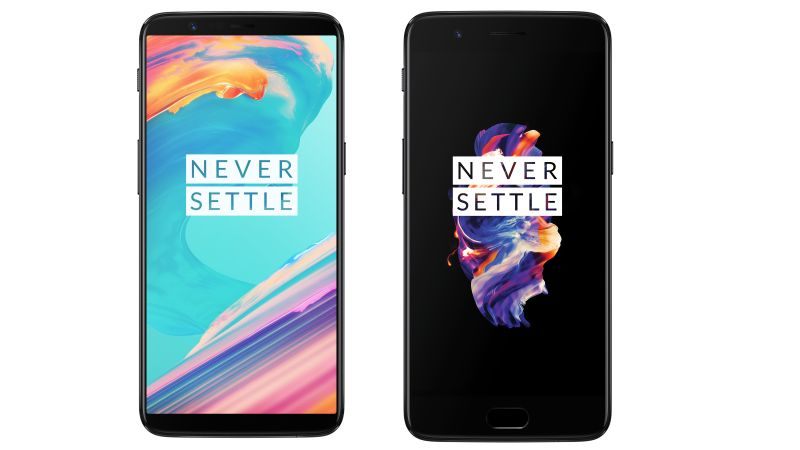 OnePlus 5 and OnePlus 5T users are receiving OxygenOS 5.1.5 update, and along with the August security patch, the update also brings along support for Project Treble. This is great news for OnePlus 5 and 5T users, as Treble makes it really easy for developers to update to the next version of Android. This new support's arrival is surprising to say the least, because the company had earlier confirmed that it wouldn't support Project Treble on devices released prior to the OnePlus 5T.

The OxygenOS 5.1.5 update rolling out for OnePlus 5 and OnePlus 5T users brings, as mentioned, the August Android (2018.8) security patch. It also slightly changes the way PIN password works on the lockscreen - users can now confirm their PIN without tapping the tick mark. To enable this, users will have to go to Settings > Security & lock screen > Screen lock > PIN. However, possibly the biggest change, one that is not mentioned in the changelog, is Project Treble support. This development was spotted by a Twitter user, and was first reported by Android Police. This support will help OnePlus release Android updates faster without anticipating the participation of chip manufacturers, such as Qualcomm in the US market, to add their software tweaks.

Project Treble was launched last year, and it offers a modular base for Android to help device makers deliver faster software updates. It brings a vendor interface that separates the vendor implementation, including the device-specific, lower-level software written largely by silicon manufacturers along with some certain carrier tweaks, from the core Android OS framework. Once a new vendor implementation is designed, the fresh interface is passed through Vendor Test Suite (VTS), which works similar to what Compatibility Test Suite (CTS) offers for Android apps, to deliver forward compatibility to all the new changes and ultimately make the enhanced experience available to end users. This process replaces the existing process that involves a wait-in period for manufacturers in receiving the new software release from chipmakers to modify the software specific to their hardware.

As mentioned, Project Treble support on the OnePlus 5 and 5T is especially surprising because the company had said that it won't support it for the OnePlus 3, 3T, 5, and 5T. In an AMA session in November last year, OnePlus' Beta Programme Project Manager Adam Krisko said that it does not plan to support Treble on the above mentioned devices.

Also, OnePlus 6 received a similar OxygenOS 5.1.5 update in May, but this latest update to OnePlus 5 and 5T has nothing similar to the one released for the OnePlus 6 users. OnePlus is known to be a bit confusing while numbering its software updates, but the company has traditionally focused on rolling out device specific updates that are different with every unit. Therefore the OnePlus 6 update in May, though it holds the same version number, is not similar to the OnePlus 5 and OnePlus 5T update rolling out currently.