Apart from those features that the OnePlus has been revealing for its next-gen flagship smartphone every week, the handset has now been spotted at several places on the Web, revealing new specifications and other functions.

According to three different leaks and listings, the OnePlus as rumoured previous may have more than one variant of its next OnePlus 2 flagship smartphone under works. The flagship handset is also tipped to include a duo camera setup in one of the leaks.

We have already seen the OnePlus 2 handsets with model number A2001 and A2003 hitting the GeekBench benchmarks, revealing the specifications partially. This time the model A2003 has again made rounds in the GeekBench showing (via Phonearena) the same octa-core Qualcomm Snapdragon 810 processor but with a clock speed of 1.55GHz, which was not mentioned before. Also, instead of 3GB of RAM, the handset now is seen featuring 4GB of RAM. The smartphone model has received 1189 single-core score and 4731 multi-core score. 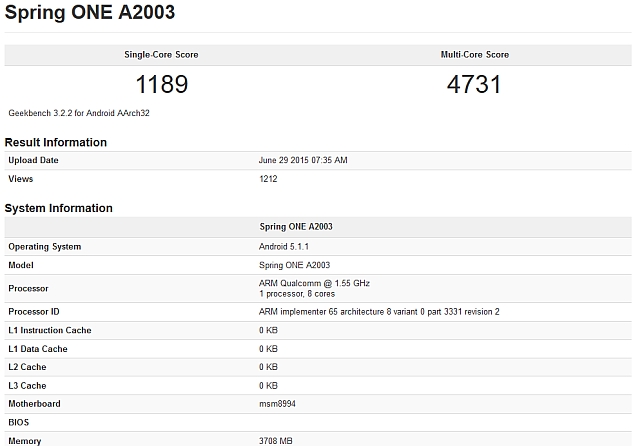 The new OnePlus 2 A2003 model spotted on GeekBench is being speculated to be a cheaper variant of the OnePlus 2 that may launch alongside the regular version. The strategy makes sense for the company too, as it has already indicated the OnePlus 2's price would be significantly higher than its predecessor - leaving room for a cheaper variant.

A Bluetooth SIG listing (via Droid-life) has also indicated that A2001 and A2003 might be joined with another handset variant with model number A2005. As of now, there is no other information about the product or how different is it from the other variants. It is being speculated the three OnePlus 2 model numbers differ based on storage space, or the build of the smartphone (metal, plastic, or wood). 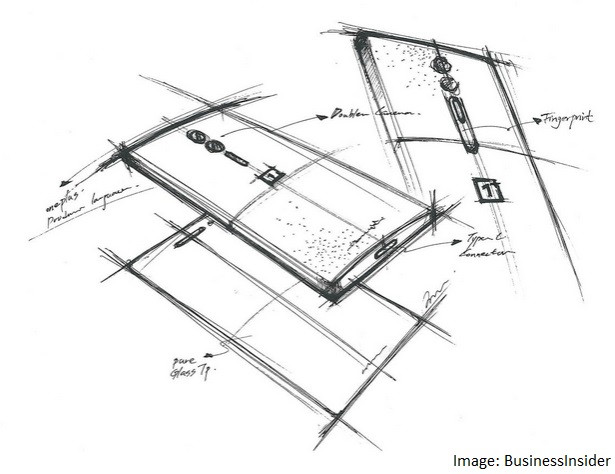 Meanwhile, a couple of leaked images leaked on the Web also hint towards the inclusion of a dual camera setup in the flagship OnePlus 2. The images published by BusinessInsider show the sketches of the handset with two camera lenses one below the other and an elongated fingerprint sensor below the duo camera setup. While the firm has confirmed the inclusion of a fingerprint sensor on the smartphone, it is yet to comment anything on the dual camera setup.

OnePlus earlier this week made a bold statement claiming the OnePlus 2's fingerprint sensor is faster than Apple's iPhone Touch ID sensor. The company will be launching its OnePlus 2 on July 27. The Chinese company however will be making the announcement in a virtual reality event.