OnePlus, ahead of the launch of the OnePlus 2, has since last week been revealing details about its next flagship in little bits. The company on Monday confirmed that the upcoming flagship will feature USB Type-C connectivity.

Update: OnePlus has also shared an image (seen below) of its bundled charging cable with a USB Type-C connector, due to ship with the OnePlus 2.

With handset makers finally making a shift to use the reversible design of USB Type-C, users will have to not worry about which way their cable is facing, and the standard allows for transfer of power, video, and audio in both directions. Users can also charge their devices faster, depending on the implementation by the OEM.

OnePlus announced the news via a Google+ post and said, "Our second spec revealed: The OnePlus2 will be the first flagship smartphone to use the latest Type C USB. We want to lead the way in power connectivity." 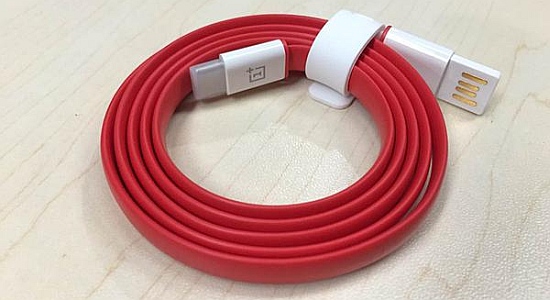 The USB Type-C port on the OnePlus 2 is also expected to allow transfer files with up to 10Gbps speeds while also featuring updated Power Delivery spec which will allow the device to negotiate for up to 100W of power. Samsung is also rumoured to join the league of smartphones featuring USB Type-C port with its upcoming Galaxy Note 5.

OnePlus also revealed that it will be releasing an adaptor alongside, making the port backward compatible with regular Micro-USB connectors.

Last week, OnePlus confirmed it would be using Qualcomm's top-end mobile processor, the Snapdragon 810, in its upcoming OnePlus 2 smartphone. The Chinese startup however claimed that it would use a newer version (v2.1) of the SoC, to avoid the heating issues involving the first generation Qualcomm Snapdragon 810. Xiaomi, another popular Chinese smartphone maker last month said it had worked with Qualcomm to create a customised v2.1 of the Snapdragon 810 processor, or the third edition of the SoC, to optimise it for the Mi Note Pro.

To recall, the OnePlus co-founder had revealed the launch period of the OnePlus 2 handset in Q3 of this year. Recent leaks however claim that the smartphone might be officially introduced in July.