OnePlus has announced its plans to use Snapdragon 8 Gen 1 for its new phones on Weibo. 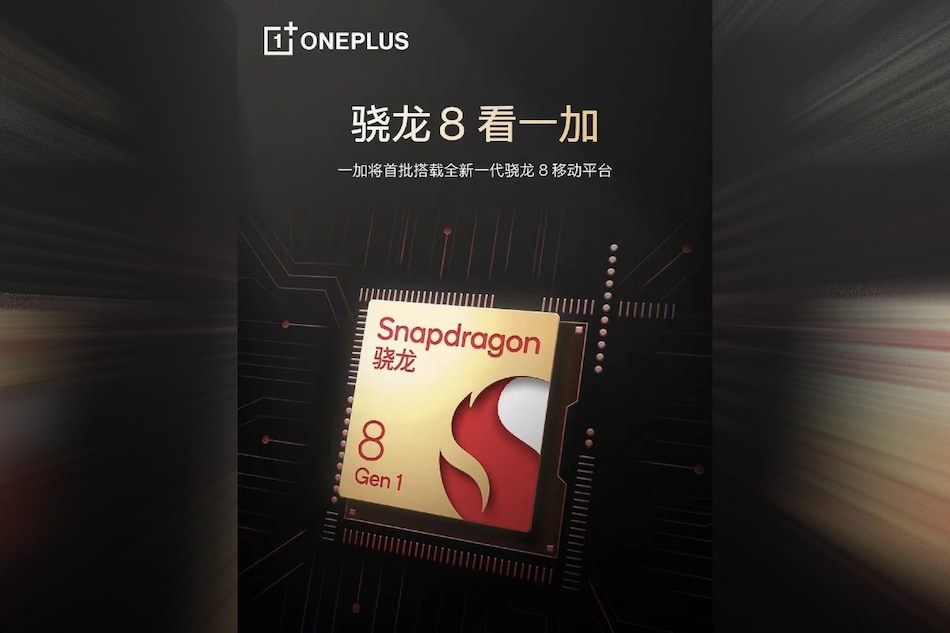 OnePlus has confirmed to launch a new phone with the Snapdragon 8 Gen 1 chipset. Although the Chinese company has not yet revealed the exact model it is planning to launch, it is tipped to be the OnePlus 10 series. The series is rumoured to have the vanilla OnePlus 10 alongside the OnePlus 10 Pro. Both OnePlus flagship phones are speculated to debut next year. Alongside OnePlus, companies including Black Shark, Honor, iQoo, and Oppo are confirmed to have their new phones based on the Snapdragon 8 Gen 1 SoC. Realme, Motorola, and Xiaomi have also announced their phones based on the new flagship chip.

Through a post on Weibo, OnePlus has announced that it is considering the Snapdragon 8 Gen 1 for its new launch. The exact details are yet to be revealed. However, tipster Mukul Sharma has tweeted to suggest that the OnePlus 10 and OnePlus 10 Pro will be the company's offerings based on the latest Snapdragon chip.

A report last month also claimed that the OnePlus 10 Pro will be amongst the top-end Android phones that will have the Snapdragon 8 Gen 1 SoC.

Both OnePlus 10 and OnePlus 10 Pro are rumoured to debut in March or April next year. Meanwhile, we can expect OnePlus to start teasing its new models online soon.

Qualcomm unveiled the Snapdragon 8 Gen 1 as its new flagship SoC on Wednesday. The 4nm chip is claimed to deliver four times faster artificial intelligence (AI) performance and 30 percent faster graphics rendering. It also includes a 5G modem-RF solution that is claimed to deliver 10Gbps download speeds on a compatible network.

Following the announcement of the Snapdragon 8 Gen 1 SoC, Realme, Motorola, and Xiaomi announced their first phones based on the new chip. The models particularly are Realme GT 2 Pro, Moto Edge X30, and Xiaomi 12.

OnePlus sibling iQoo is also tipped to have the iQoo 9 series ready to launch in India with the Snapdragon 8 Gen 1 by early next year.

Is OnePlus cannibalising itself with the Nord 2 5G? We discussed this and more on Orbital, the Gadgets 360 podcast. Orbital is available on Apple Podcasts, Google Podcasts, Spotify, Amazon Music and wherever you get your podcasts.
Affiliate links may be automatically generated - see our ethics statement for details.
Advertisement