Nubia Red Magic 3, Alpha Smartwatch, Nubia Pods to Launch in India in May

Nubia Red Magic 3, the flexible Nubia Alpha smartwatch, and the Nubia Pods are all set to launch in India in May this year. The company has announced that it will launch the three products in the country, to expand its portfolio. The Nubia Red Magic 3 gaming smartphone hasn't been announced yet, while the Nubia Alpha smartwatch and the Nubia Pods wireless earbuds both, were launched at MWC 2019. The Nubia smartwatch grabbed many eyeballs at the fair thanks to its flexible display screen.

Nubia has now confirmed that three products – the Nubia Red Magic 3, Nubia Alpha smartwatch, and the Nubia Pods wireless Bluetooth earbuds - are coming to India in May. The company hasn't yet revealed a proper launch date for the product launches, but has confirmed that it will launch next month. Pricing and availability of these will also be announced then.

As mentioned, the Nubia Red Magic 3 hasn't been announced yet, but key specifications have recently been confirmed by general manager Ni Fei. The phone is set to include a liquid and air cooling system to handle the heat that would be generated during intense gaming sessions, the Snapdragon 855 SoC with 12GB of RAM, and a display with a ‘higher refresh rate than most gaming PCs'. The phone will also have a 3,800mAh battery and a new 4D vibration system that will enable better haptic feedback while gaming. The phone is hinted to be launched in China sometime this month.

Coming to the smartwatch, the big highlight of the Nubia Alpha is that it sports a 4-inch (960x192 pixels) flexible OLED display. The company claims that this watch has 230 percent more screen real estate than the standard smartwatches out there. It straps on like a bracelet, and lets users make and receive calls, take photos, and use apps.

It is powered by the Snapdragon Wear 2100 SoC paired with 1GB of RAM. Internal storage is offered at 8GB, and it packs a 500mAh battery that claims to last a day or two (48 hours of standby time). The Nubia Alpha also supports a T9 keyboard for typing text, and has a built-in speaker as well. The camera houses a 5-megapixel 82 degree wide angle sensor with f/2.2 aperture. Nubia claims that the watch is water-resistant.

The Nubia Alpha runs on a custom OS that helps in motion gestures. The device supports 4G connectivity via eSIM, and integrates the usual gamut of smartwatch sensors including the heart rate sensor. At MWC, it was launched in two options - one will be the Bluetooth version which will pair with a phone, and another will be the eSIM version which will allow it to be a standalone option. 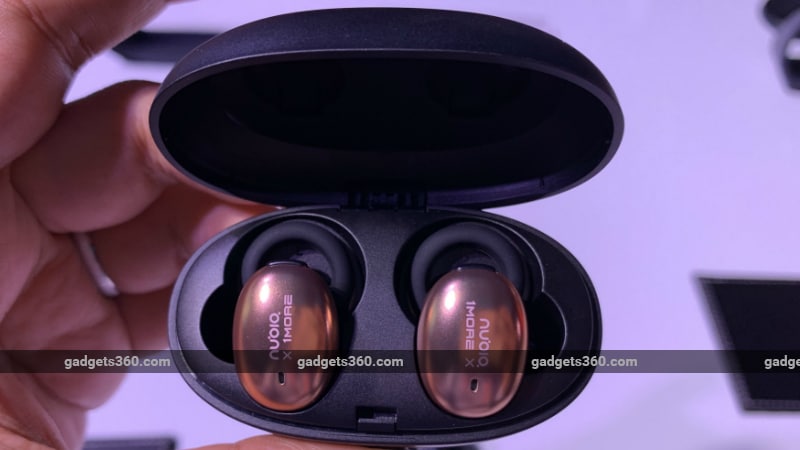 At MWC, Nubia also launched Nubia Pods wireless earbuds alongside the Nubia Alpha smartwatch. The Nubia Pods are the company's first wireless ear buds, and they weigh only 6.2 grams. The earbuds support Bluetooth 5.0, Qualcomm aptX audio and AAC HD audio. It is priced in China at CNY 799 (roughly Rs. 8,200).