Nokia XR20 Image May Have Been Published Online Ahead of Launch, Suggests Rugged Design 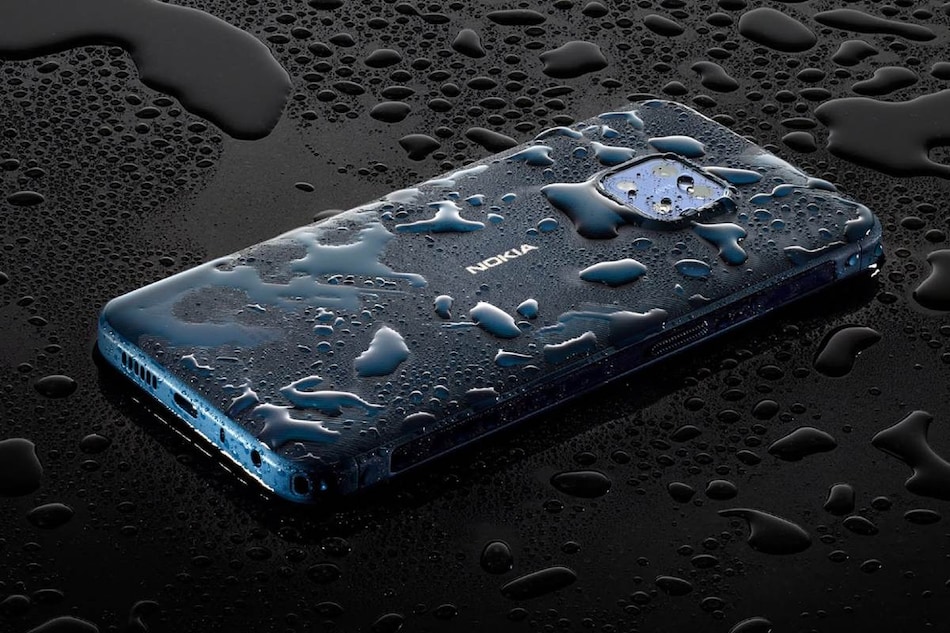 Nokia X20 appeared in a blue hue, along with some water droplets on top

Nokia XR20 launch is teased to take place on July 27 and days ahead of the official announcement the new Nokia phone has purportedly appeared on the Web through an image that suggests its key features. The Nokia XR20 is expected to have a rugged design, with dust and water protection. The phone also appears to have a dual rear camera setup and a textured back. Nokia brand licensee HMD Global is speculated to place the Nokia XR20 as an upgrade to the Nokia X20 that was launched in April.

LoveNokia reports that the Nokia XR20 image briefly appeared on the Nokia Phones Community forums. The image features the back of a Nokia phone that is believed to be the Nokia XR20. The phone appears to have a blue hue covered with some water droplets.

The Nokia phone also appears to have a speaker grille at the bottom, along with a USB Type-C port and a 3.5mm headphone jack. Further, it seems to have a lanyard eyelet on one of the sides at the bottom.

Gadgets 360 wasn't able to independently verify the existence of the image suggesting a new Nokia phone.

Earlier this week, HMD Global suggested the launch of the Nokia XR20 for July 27 through a teaser image. That image showed a phone with a case and a circular camera module. The case also carried a text that reads, “With our newest Nokia phone you will never need a case again 20.07.21.” This particularly indicates that the Finnish company could be preparing to launch its new rugged phone.

If we look at the past reports, the Nokia XR20 appeared on the Bluetooth Special Interest Group (Bluetooth SIG) website in July. That listing suggested the smartphone in three distinct model numbers, namely TA-1362, TA-1368, and TA-1371. The Nokia XR20 with the model number TA-1362 was also spotted on a Russian retailer's site that also included some of its key specifications.

As per the online listing on the retailer's site, the Nokia XR20 would come with a 6.67-inch full-HD+ (1,080x2,400 pixels) display. The phone also appeared to have at least 6GB of RAM and 64GB storage as well as the dual rear camera setup with a 48-megapixel primary sensor and a 13-megapixel secondary sensor. It may also have an 8-megapixel selfie camera and a 4,630mAh battery, as per the listing. Further, the phone appeared to have Wi-Fi and NFC as well as a USB Type-C port.

That listing didn't suggest any details about which SoC would be available on the Nokia XR20. A recent Geekbench listing suggested that the phone could come with Qualcomm Snapdragon 480.

Exact details about the Nokia XR20 are expected to be announced at the company's launch later this month. Meanwhile, there could be some new rumours and teasers appearing online to suggest what's new for Nokia fans.

Google Adds Feature to Delete Web and App Activity for Last 15 Minutes on iOS, Android Support Coming Later
Is Loki the Best of What Marvel Has to Offer on Disney+?