Microsoft has introduced the Nokia XL 4G in China, a LTE-version of the previously launched Nokia XL smartphone. It may very well be the last Nokia X software platform smartphone following the announcement earlier this month by Microsoft CEO Satya Nadella that the company would be discontinuing the lineup. The 4G-enabled handset also comes with some improved specifications over its 3G version, the Nokia XL.

The availability and pricing details of the Nokia XL 4G are yet to be disclosed by the firm. The firm also has not mentioned as to when or if the handset will be launched outside China.

As per the listing on the official Nokia China website, the Nokia XL 4G features a 5-inch WVGA (480x800 pixel) resolution LCD display with a pixel density of 187ppi. The handset runs on Nokia X software platform 1.1.

While the official Nokia China listing does not mention the processor, GSMArena states the Nokia XL 4G is powered by a Qualcomm MSM8926 Snapdragon 400 quad-core processor clocked at 1.2GHz.

The Nokia XL 4G also features a 4GB inbuilt storage that can be expanded up to 32GB via microSD card. The handset houses a 5-megapixel rear camera and a 2-megapixel front-facing camera. A 2000mAh battery backs the smartphone. The smartphone will be available in Black, Green, White and Yellow colour variants. 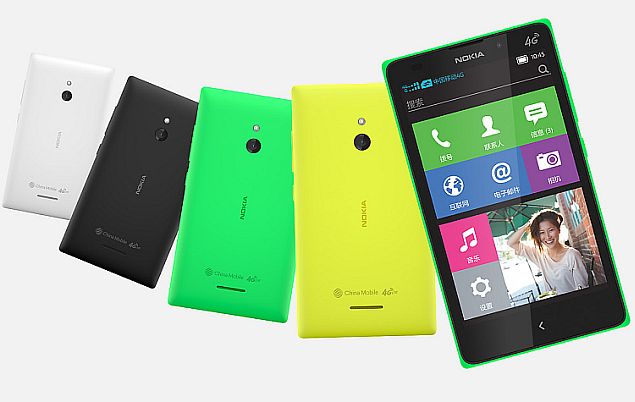 As we mentioned earlier, the Nokia XL 4G may very well be the last Microsoft-Nokia smartphone to run the AOSP-based Nokia X software platform before the company shifts the line to the Lumia brand that runs Windows Phone.

Microsoft CEO Satya Nadella had announced earlier this month (via an internal memo that was later publically released) that the company plans to "shift select Nokia X product designs to become Lumia products running Windows." He added the move built on Microsoft's success on the "affordable smartphone space" and aligned with the company's "focus on Windows Universal Apps."

He also mentioned that the team headed by Jo Harlow would take care of the firm's Lumia smartphones as well as the future transition of the Nokia X handsets to the Lumia platform.

"This team will be responsible for the success of our Lumia products, the transition of select future Nokia X products to Lumia and for the ongoing operation of the first phone business," Nadella had said in the memo.