Nokia X7 Display Panel Leaked in Images, Tipped to Be the Phoenix Variant 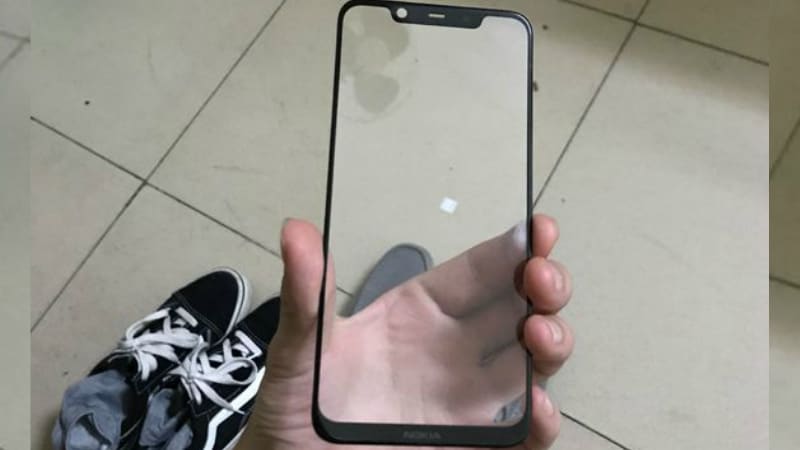 Nokia X7 variant is reportedly in the works at Foxconn.

Just two days ago, HMD Global launched the Nokia X5 and Nokia X6 global variants - Nokia 5.1 Plus and Nokia 6.1 Plus - in India. While the Nokia 5.1 pricing wasn't revealed at the event, the Nokia 6.1 Plus is priced competitively at Rs. 15,999 in the country. Now, a fresh leak indicates that the company is also working on a Nokia X7 variant. The Nokia X7 variant is also tipped to sport a display notch, just like the above two variants, however other details on the device are scarce at the moment.

Fresh images leaked by Vtechgraphy, sourced from Foxconn employees, are claimed to be of the display panel of the Nokia X7. The report also states that Foxconn is already manufacturing this unit, so we can expect more details about the device as time progresses. The display notch is similar to the one seen on the Nokia 5.1 Plus, which is a bit wider than the one seen on the Nokia 6.1 Plus. Also judging by the photo, it can be ascertained that the display size will be more than 6-inches and the aspect ratio should be 19:9.

Incidentally, the report states that this could be the Nokia Phoenix leaked earlier, rumoured for a launch later in 2018. This phone is expected to be powered by the Snapdragon 710 SoC, sport 4GB RAM, offer 64GB storage internally, and come with Zeiss branded optics. The new 10nm octa-core Snapdragon 710 chip includes two Kryo 360 Cortex-A75 cores that are clocked at 2.2GHz and six Kryo 360 Cortex-A55 cores clocked at 1.7GHz.

The report also states that the Nokia X7 or the Phoenix may be priced at CNY 2,000 (roughly Rs. 20,400) and launch somewhere around September 15. However, we'd recommend you take all of this info with a pinch of salt.