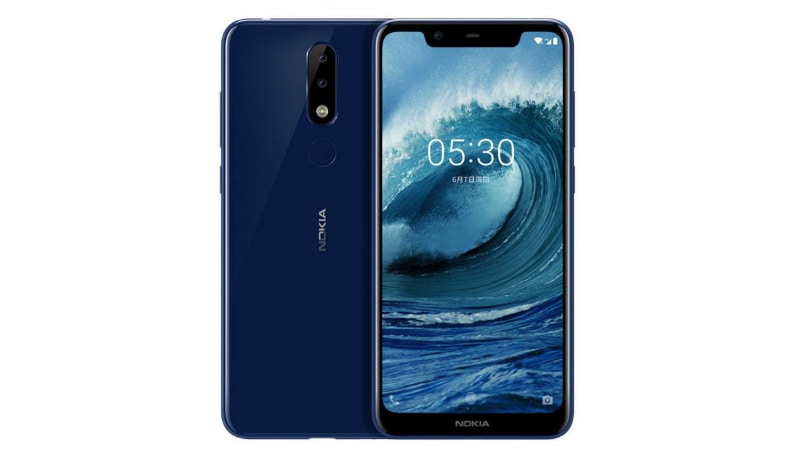 Nokia X5 will be the next smartphone from the stables of HMD Global, with the launch scheduled for tomorrow in China. The rumour mill originally speculated that the Nokia X5 launch will be on July 11. However, the Finnish company later announced that it had cancelled the launch event due to some issues with the venue and is now set to bring the handset on July 18. Much about the handset has already been revealed. Unlike the Nokia X6 that was launched as the first Nokia X-Series model in China, the Nokia X5 is considered to debut worldwide. The smartphone is rumoured to come with a 19:9 aspect ratio and an octa-core SoC, coupled with up to 6GB of RAM and 64GB of onboard storage. It is also expected to come as the Nokia 5.1 Plus in the global markets. While its formal launch hasn't been revealed, here's what you should know about the Nokia X5.

A post on Chinese social media site Baidu has claimed that the Nokia X5 will arrive at a price less than CNY 1,000 (roughly Rs. 10,270). An older report suggested that the price of the Nokia X5 could exactly be set at CNY 799 (roughly Rs. 8,200). This is lower than the price of the Nokia X6 that debuted at CNY 1,299 (roughly Rs. 13,300) with 4GB of RAM and 64GB of onboard storage configuration. Also, the under CNY 1,000 price tag suggests that the handset will make the competition tougher for the Redmi Note 5 Pro and Asus ZenFone Max Pro M1 that both are available taking on the competition as the popular budget warriors in the Indian market.

HMD Global has confirmed that the Nokia X5 launch date is July 18 via an announcement on its official Weibo account in China. The event is scheduled for 2pm CST (11:30am IST) and will be live streamed for fans across the world.

The images surfaced on Baidu highlighted the Nokia X5 design. These show that the handset will retain the display notch that was first seen on the Nokia X6. Further, the handset appears to include a dual rear camera setup and have a rear-facing fingerprint sensor. There is also the glossy back panel in Blue colour and Nokia's branding at the front and back sides.

If we believe the previous reports, the Nokia X5 will feature a 5.85-inch HD+ (720x1520 pixels) TFT display with a 19:9 aspect ratio. It is also said to have an octa-core SoC, this could be a MediaTek Helio P60 SoC, coupled with 3GB/ 4GB/ 6GB of RAM an 32GB/ 64GB of onboard storage. Plus, there may be a microSD card slot to expand the built-in storage.

For capturing images and recording videos, the Nokia X5 could include a dual rear camera setup, comprising of a 13-megapixel primary sensor and a 5-megapixel secondary sensor - paired with an LED flash. The smartphone will have an 8-megapixel sensor at the front for taking selfies and video chatting. It could run Android 8.1 Oreo out of the box. Besides, the handset is likely to include a 3000mAh battery.