Nokia X 'sold out' within four minutes at Chinese retailer 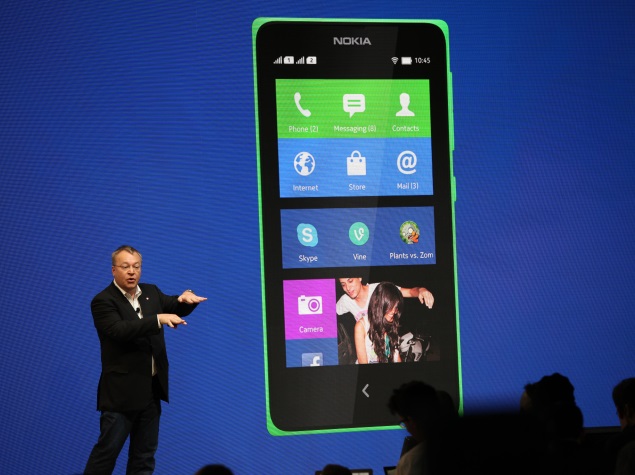 Nokia's first Android smartphone, the Nokia X became sold out immediately in China, according to some reports citing an online retailer.

Windows Phone Central in a report has cited a Chinese e-commerce website named JD.com and claimed that the Nokia X was sold out four minutes after online reservations opened. Pre-orders for the Nokia X launched at 10:00AM on Monday (24 March 2014) in China.

The report does not make it clear how many units were available for pre-order on the JD.com site.

The official Chinese JD.com notes (English translated), "The first volume sold out! Next buying time at 12:00 on March 31, due to the limited volume, only open to users who have qualified for the original appointment, the dealer orders shall be deleted!"

Contrary to earlier reports emerging out of China, these orders indeed correspond to actual sales and are not pre-bookings done without fronting any money.

Nokia introduced its Nokia X family, an Android-based smartphone line-up running a highly customised version of the OS, at MWC 2014 amidst much fanfare.

The move surprised a lot of people in the tech industry, given the impending acquisition of Nokia's mobile phone business by Microsoft. There have been suggestions that Nokia's new X family is an attempt to stay relevant in developing markets, where affordable Android smartphones are being bought by hundreds of millions of consumers.

The company has already revealed plans to roll-out more Nokia X smartphones soon and, is said to be aiming for lower price points.

Earlier this month the Nokia X was announced for the Indian market. The Android smartphone from Nokia has been priced at Rs. 8,599. The Nokia X+, and Nokia XL have been announced for India as well, and will be launched within the next two months.

The Nokia X is based on the Android Open Source Project (AOSP), and is powered by Microsoft and Nokia services. The highlight of the Nokia X is the highly customised version of Android, with Metro-inspired UI and access to Nokia's own app store. While there's no access to Google's Play Store, users can side-load Android apps from any third-party source. Nokia has used the AOSP version corresponding to Android 4.1 Jelly Bean as the baseline for its operating system.