The upcoming Nokia phone will employ the in-house PureDisplay technology. 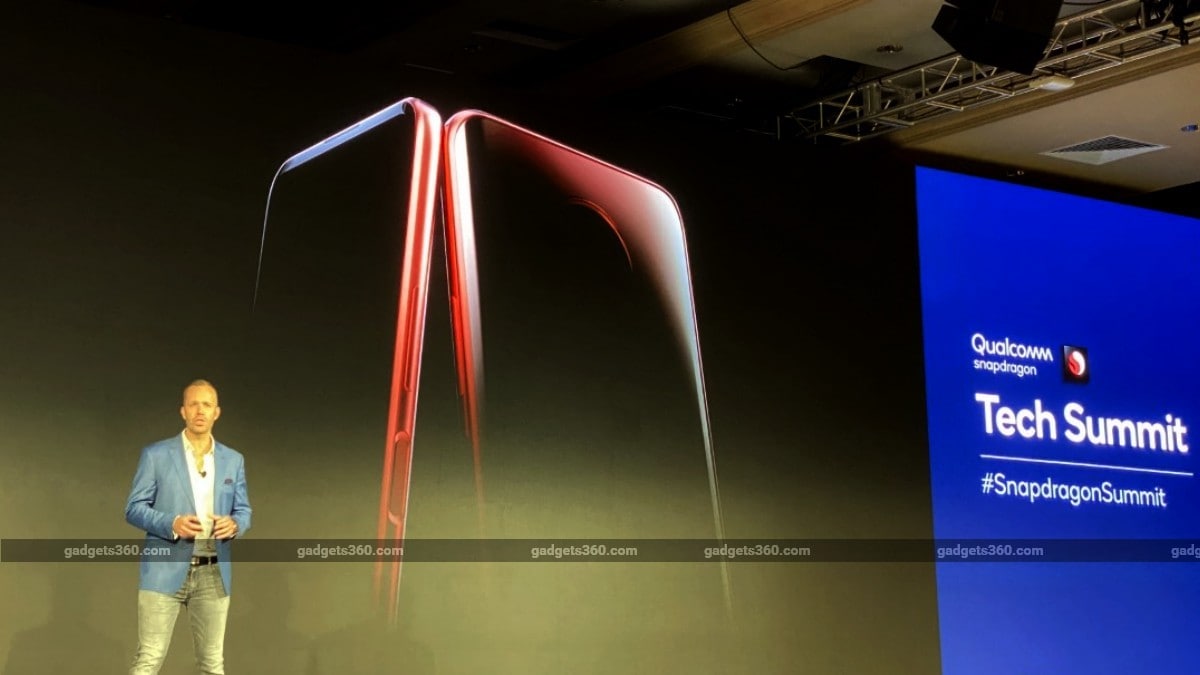 HMD Global is pinning its hopes on 5G to revive the fortunes of its Nokia smartphone division, and to achieve that, it is relying on Qualcomm's freshly announced mid-range 5G-ready SoCs. At the ongoing Snapdragon Tech Summit, the company announced that Nokia will soon launch a 5G phone that will employ the new Snapdragon 765 SoC with an integrated Snapdragon X52 5G modem. The company also shared a teaser image of its upcoming phone that shows a side-mounted fingerprint, a curved rear panel with a glossy finish, and what appears to be a circular camera module at the back.

The Finnish company's Chief Product Officer, Juho Sarvikas, took the stage on the first day of Qualcomm's Snapdragon Summit and revealed that a new Nokia-branded phone powered by the Snapdragon 765 SoC will be launched soon. The onstage teaser poster of the upcoming phone shows a copper coloured frame and a side-mounted fingerprint sensor below the volume rocker. The silhouette of what appears to be a circular camera module at the back is also visible.

Sarvikas revealed that the upcoming Nokia phone will leverage the in-house Zeiss camera technology that we have already seen on a wide range of premium Nokia-branded phones. Additionally, the phone will employ the PureDisplay technology that offers HDR10 video playback support, and also upscales SDR content to HDR by taking advantage of a dedicated 16-bit engine in real-time. And thanks to the Snapdragon 765 SoC ticking at its heart, the upcoming Nokia phone might also offer 4K HDR video recording support.

“Our highest priority for 2020 is making 5G more accessible – bringing an affordable yet premium grade, future proof 5G experience for the best possible performance in NSA and SA networks with the Snapdragon 765 Mobile Platform”, Sarvikas was quoted as saying in the official Qualcomm press release. The quote also hints that the upcoming Snapdragon 765-powered Nokia phone will offer dual-mode 5G (SA+NSA support).

While the HMD Global executive did not reveal the name or any further details about the internal hardware of its upcoming phone, it might turn out to be the Nokia 8.2 whose specifications were leaked back in July this year and might go official at the company's December 5 event in Cairo tomorrow.