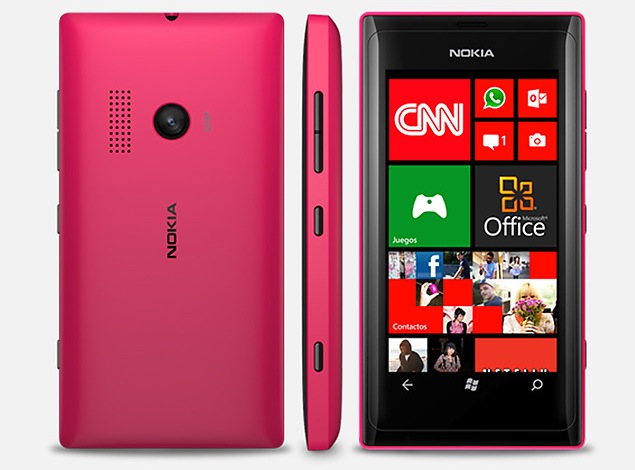 Nokia has unveiled the Windows Phone 7.8-running Lumia 505 in Mexico.

The Nokia Lumia 505 sports a 3.7-inch 480x800 display, 4GB internal storage and a paltry 256MB RAM. There's no word yet on the processor inside the Lumia 505. The standout spec of this otherwise modest smartphone is perhaps its 8-megapixel camera that is also capable of recording 640x480 video at 30fps. There's no front camera on the Lumia 505.

As mentioned earlier, the phone runs Windows Phone 7.8, which is essentially Windows Phone 7.5 with some new features thrown in. This includes a new start screen UI with resizable live tiles, as found in Windows Phone 8. Windows Phone 7.8 also doubles the number of theme and accent colours to 20 and adds other new lock screen features: the option to automatically display the Bing Picture of the Day plus the 'A1B2C3' PIN/password challenge to prevent accidental device wipes on phones connected to Exchange accounts.

There's no word yet on price or availability of the Nokia Lumia 505 yet, or anything regarding Nokia's plans to launch this smartphone in markets outside Mexico.