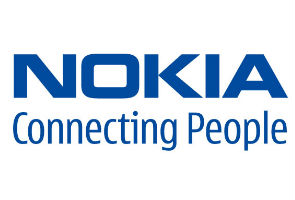 Highlights
World's largest cell phone maker Nokia today said up to 300 jobs would be cut in India by end of 2012, as the company embarks on restructuring that would affect 7,000 employees worldwide.

As part of the latest revamp, the Finnish entity would be laying off 4,000 people globally, while 3,000 jobs would be moved to US major Accenture that would take care of Nokia's Symbian software activities.

"With the restructuring, up to 300 jobs in the R&D segment will be cut in India by the end of 2012. The layoffs will be minimal," a Nokia spokesperson told PTI.

"In addition, Nokia also plans to reduce its global workforce by about 4,000 employees by the end of 2012, with the majority of reductions in Denmark, Finland and the UK," the company said.

Sources said about 800-900 jobs are likely to affected in India in the R&D (Research and Development) segment.

Nokia's India operations have a total workforce of about 10,000. Out of them, around 1,500 employees are in the R&D section.

The announcement was expected after chief executive Stephen Elop announced in February Nokia would abandon Symbian in favour of a tie-in with a Microsoft Phone platform.

Last week Nokia said it was planning to reduce operating costs by one billion euros ($1.5 billion) by 2013 compared to its 2010 level through corporate re-structuring and job cuts.

Nokia said that all employees affected by the cuts could remain on the payroll until the end of this year.

"This is a difficult reality, and we are working closely with our employees and partners to identify long-term re-employment programmes for the talented people of Nokia," Elop said in a statement.

Current Nokia employees working with Symbian in Finland, China, India, Britain and the United States will be transferred to Accenture, the company said.

Nokia's new strategy to stop developing its own Symbian platform and launch a partnership with Microsoft is a radical effort to stop bleeding out market share to RIM's Blackberry, Apple's iPhone and handsets running Google's Android platform.