Nokia to close down Project Meltemi for budget smartphones 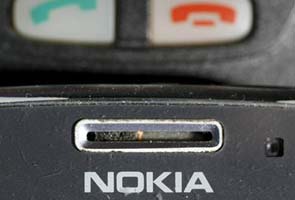 The recent Nokia causalities are not just limited to 10,000 jobs or closure of plant in Finland, but also include the end of some development projects; one of which is Project Meltemi. It was aimed at offering smartphones cheaper than Android and even Windows Phone.

Company never made Meltemi official, so the news of its demise is also coming through unofficial channels like unidentified sources close to the matter, reported AllThingsD. Company might have closed down development work on the project, but some of its elements may find place in Nokia's other efforts.

Nokia yesterday announced that it is not only cutting 10,000 jobs but also closing down research facilities in Canada and Germany. Company had also ceased work on Meego, a Linux based smartphone operating system, last year as it moved to Windows Phone.

Nokia will however continue to focus on low-end devices powered by Series 30 and Series 40 operating systems, it noted in a press release. Company is now looking to find ways to bring down Windows Phone smartphone prices, to better compete with Android in emerging markets.