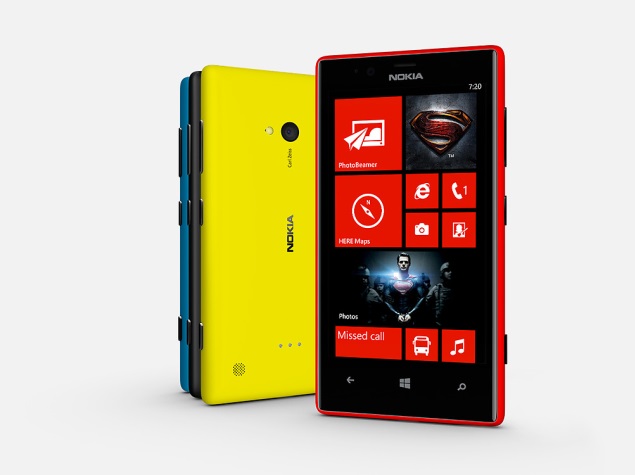 We have seen in the past a number of handset makers releasing smartphones with advanced rear camera capabilities (and a few exceptional ones with swivel-based cameras serving both sides). However, if a new report is to be believed, Nokia might change this paradigm with its upcoming selfie focused Windows Phone device, believed to be dubbed Nokia 'Superman'.

The Verge reports that one of the first Windows Phone 8.1 devices expected to release post Microsoft's acquisition of Nokia's handset business will come with front-facing camera functionalities. The report citing some sources familiar with the matter claim that the alleged Nokia 'Superman' is currently under development and sports a 5-megapixel camera at the front. Notably, the recently unveiled HTC One (M8) also packs a 5-megapixel front camera.

Further, the report claims that the rumoured Nokia 'Superman' will come with a 4.7-inch display and can be expected to launch by end of this year. The report also talks about upcoming two Windows Phone 8.1 updates that it believes will be released this year. Recently, a Redditor who claimed to be a veteran of 15 years at Microsoft, pointed to some of features that would supposedly arrive in the next version of Windows Phone OS, said to be called Windows Phone 8.2 or Windows Phone 9.

The Verge speculates that two new updates to Windows Phone 8.1 updates will be rolled out alongside new handsets in 2014, and will be released for existing devices later. The first update might be rolled out in July, while the Nokia 'Superman' is likely to be introduced with the second update at a later time.

The report also suggests that more handsets such as the long-rumoured Nokia 'Goldfinger' might also see the light of the day soon. Earlier report had claimed the alleged Goldfinger is the flagship device and would come with Nokia's '3D Touch' technology, which the company has been working on for long.

As of now, there is no word whether these handsets (Nokia Superman, Nokia Goldfinger) will be launched with Nokia branding as Nokia's phone business was recently renamed to Microsoft Mobile.

Nokia has been busy with completion of the sale of its phone business division to Microsoft, and with the new appointment of its new President and CEO of Nokia Corporation, Rajeev Suri.

(Also see: Who is Rajeev Suri?)