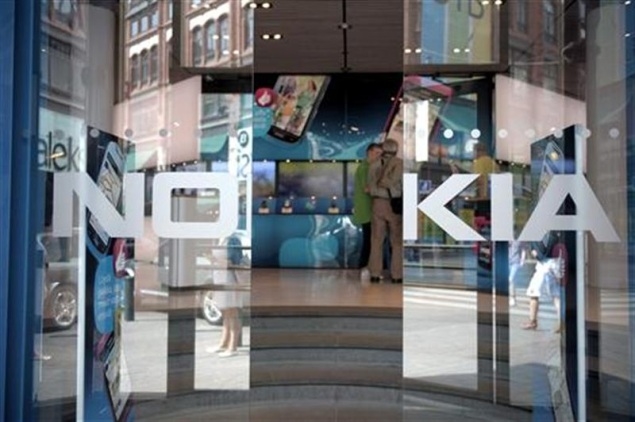 The Income Tax department has informed the Delhi High Court that Nokia India and Nokia Corporation owe it Rs. 21,153 crores as total tax liability (existing and anticipated), including penalty during a seven-year period from 2006-2013.

The amount payable by Nokia has been arrived at by the IT department on the basis that the mobile manufacturing firm does not discharge its TDS liability on royalty payments and is not entitled to any deduction under tax laws for operating from a special economic zone (SEZ).

The submission has been made by the IT department in its reply to Nokia's plea for unfreezing of its assets in India prior to its USD 7.2 billion deal with Microsoft.

In case TDS liability is paid and the deduction under tax laws for operating from a SEZ is available to Nokia, then its total tax liability (existing and anticipated), including penalty would be Rs. 14,200 crores.

Meanwhile, a bench of justices Sanjiv Khanna and Sanjeev Sachdeva adjourned the hearing on Nokia's plea to tomorrow when the company may have to answer the court's queries regarding the total investment made by it in India, dividend paid by it, quantum of purchases of raw materials, whether Nokia Corporation has been filing returns here, what will happen to Nokia Corp post-Microsoft deal, etc.

Nokia's offer to pay a minimum of Rs. 2,250 crore, which could increase depending upon the outcome of its deal with Microsoft, was recently turned down by the IT department during the proceedings before the high court.

During an earlier hearing, the IT department had informed the high court that Nokia India's tax liability is over Rs. 6,500 crore.

Nokia had made the offer seeking to get its assets here, including its mobile manufacturing unit in Chennai, unfrozen.

It has sought lifting of the stay on transfer of its assets in India saying the high court's injunction will jeopardise the sale of its Indian arm to Microsoft under the global deal.

On the last date of hearing, the court had questioned Nokia India's intention behind sending Rs. 3,500 crore to its parent company as dividend of 18 years and asked why the amount should not be brought back here.

Nokia had told the court that the amount was repatriated as dividend of 18 years and that in a slump sale like this (Nokia-Microsoft deal) cash has to be removed.

It had told the high court that its assets in India have "value in use but not value in sale" and the only person who may use it is Microsoft.

"Either they will buy our plant or they will source phones from elsewhere. If Microsoft gets cheaper phones in another country, it will go there," the company had told the court.

"Microsoft may use us or they may not. We have an outer window of 12 months," it had said

Nokia had said if the sale of its Indian unit in Chennai does not happen, the company will wind up its operations here over a period of 12 months and the assets here will have little value.

In its plea, Nokia has said it intends to sell its assets in the country as part of the sale of its entire global mobile phone manufacturing business to software giant Microsoft but without the vacation of stay on sale of its assets, the deal is not possible.

The firm has also said Microsoft is interested in purchasing Nokia India's assets only if relevant approvals have been obtained from the appropriate authorities.

The issue relates to the IT department's Rs. 2,080 crores tax demand notice to the Finnish mobile firm.

The alleged tax evasion pertains to royalty payment made against supply of software by its parent company, which attracts a 10 percent tax deduction under the Tax Deducted at Source (TDS) category.
Comments