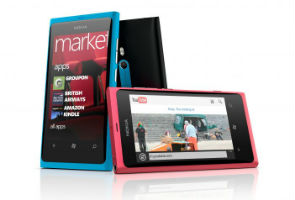 Highlights
Nokia's first Windows-based phone Lumia 800 has been caught in a software glitch within days of its launch with much fanfare, but the company said it would not have any major impact in India.

"India impact will be minimal since we just started shipping. Therefore, if a consumer buys Nokia Lumia 800 today, there is absolutely no impact. Nokia will go the extra mile to delight their consumers, especially with the flagship product like Lumia 800," the Nokia India spokesperson told PTI.

Some customers have started commenting in social media platforms that the preloaded diagnostics tool in some of the Nokia Lumia 800 phones was showing lower battery capacity than expected, according to a post on the Nokia support forums.

However, this issue has not been found to affect the recently introduced Nokia Lumia 710.

Following tests, it can be confirmed that while the battery in devices is fine in some variants a "software problem is preventing some units of the Nokia Lumia 800 from accessing the full battery capacity", a Nokia statement said. "The good news is that as this is a software problem it can be easily resolved. The planned software update in early 2012, as well as including many performance enhancements, will also include a fix that will enable the affected phones to access the total battery capacity.  For anyone who does not want to wait for the software update, Nokia can arrange for a replacement phone," the post added.

The much-awaited Lumia, the first offering following the partnership between Nokia and Microsoft, was launched globally in October. The new product has recently been launched in India to provide much-needed boost for the Finnish entity in the highly competitive smartphone segment.

Nokia and Microsoft had unveiled a strategic partnership in February this year.
Comments