Nokia Lumia 625 and Lumia 925 to launch in India by August end: Report

When smartphones like the Nokia Lumia 925, Lumia 625 and the Lumia 1020 get listed on the company's website, an official launch becomes imminent (well mostly).

A new report now claims that Nokia is likely to unveil the Nokia Lumia 625 in the second or third week of August.

The Times of India has reported that the Lumia 625 which sports the biggest display on a Lumia smartphone, might be unveiled later this month. The Lumia 925, Nokia's premium Windows Phone device is also expected to arrive at the same time. The report also adds that the Lumia 1020, Nokia's Windows Phone Pureview device, is expected to reach India in September or October.

All the three smartphones were listed on Nokia India's official website with a 'coming soon' label, some time back.

Nokia announced the launch of the Lumia 625 that sports a 4.7-inch LCD screen, last month.

The other specifications of the Nokia Lumia 625 include a 1.2GHz dual-core processor alongside 512MB RAM and 8GB internal storage that can be expanded up to 64GB via microSD card. It comes with a 5-megapixel rear camera and a VGA front-facing shooter. The 4.7-inch screen sports a disappointing 480x800 pixel resolution. The device runs Windows Phone 8.

We had reported earlier that the Nokia Lumia 925 is now available for pre-orders at an online retailer for Rs. 33,999. However, the online retailer mentions the estimated release date of the device as the fourth week of August. 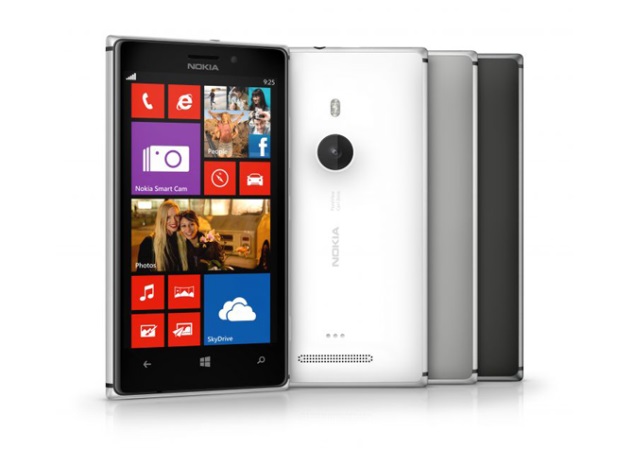 The Nokia Lumia 925 is a premium smartphone and sports a metal frame with a polycarbonate back cover. As far as the specifications on the device go, it comes with a 4.5-inch AMOLED ClearBlack display with 768x1280 resolution and Gorilla Glass 2 protection. It is powered by a 1.5GHz dual-core Snapdragon processor alongside 1GB RAM and has 16GB of internal storage. It sports an 8.7-megapixel PureView rear camera and a 1.2-megapixel wide-angle front camera. Nokia claims that the Lumia 925's camera is better than the Lumia 920's camera.

PayPal co-founder out to get women pregnant with Glow
Apple to unveil next iPhone on September 10: Report