Nokia Lumia 525 aka Glee leaked with images and specifications

While the leaked specifications of the alleged Lumia 525 reveal a 4-inch WVGA (480x800 pixels) IPS LCD display; a 1GHz dual-core Snapdragon 400 processor; 1GB of RAM; 8GB of inbuilt storage with support for microSD card up to 64GB; a 1430mAh battery and a 5-megapixel autofocus rear camera. Further, the leaked specifications claim that the device would run Windows Phone 8; sport dimensions of 119.9x64x9.9mm and weigh about 124 grams. Connectivity options on the device are expected to include Wi-Fi, Bluetooth, AGPS, GPS, 3G and Micro-USB.

The major difference between the Lumia 520 and the rumoured Lumia 525, seems to be that the latter comes with 1GB of RAM. The site also notes that the Nokia Lumia 525 will come bundled with the rumoured Nokia Guru aka BH-121 Bluetooth stereo headset. 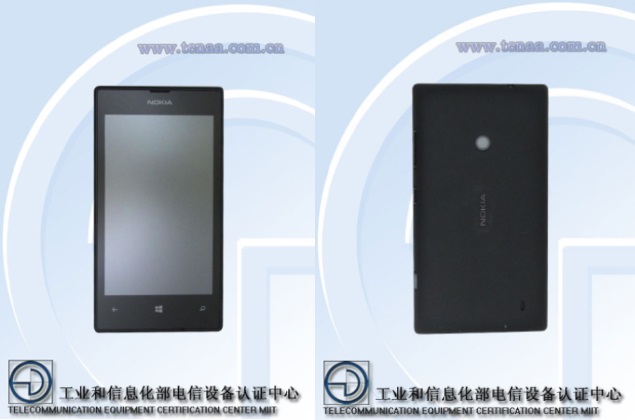 In addition, the Nokia Lumia 525 has been spotted at Tenaa (Telecommunication Equipment Certification Centre), which can be considered the Chinese equivalent of the FCC in the US. The Tenaa website includes few images of the alleged Nokia Lumia 525 which reveals the overall design of the device.

Earlier, the infamous phone tipster, @evleaks revealed the Lumia 525 was tipped to be launched alongside Nokia Lumia 1520, Nokia Lumia 1320 and Nokia Lumia 2520 tablet at Nokia World. Uncharacteristically, this particular rumour from @evleaks did not materialise.

Nokia Lumia 525 aka Glee leaked with images and specifications
Comment