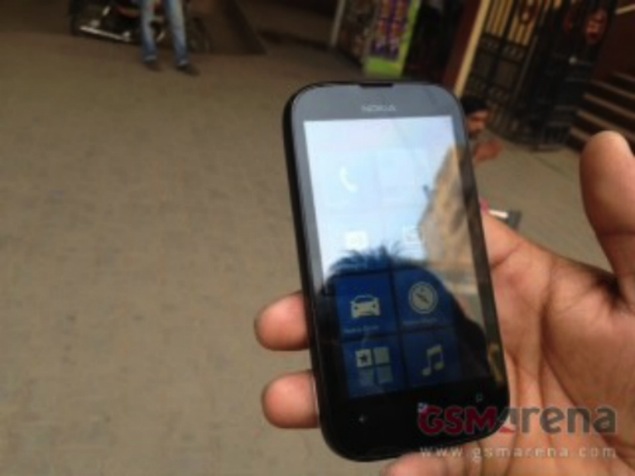 Nokia may have moved on to Windows Phone 8 with its new flagship Lumia 920 and its poorer cousin, the Lumia 820, but it seems the company is not giving up on Windows Phone 7.8 just yet.

Nokia Lumia 510 running Windows Phone 7.8 has been spotted in the wild by the folks over at GSM Arena. The report also confirms earlier leaked specs of the phone. The Lumia 510 is said to be powered by a 800 MHz Scorpion processor and 256MB of RAM. It will reportedly sport a 4-inch display of WVGA resolution and will likely start selling in China for $150 later this year.

The device is expected to go on sale in other markets early next year. Nokia Lumia 510 could replace the Lumia 610 as the "cheapest Windows Phone device", and is likely the same device that had earlier leaked under the codename 'Glory'.

It is worth pointing out that there is no upgrade path for Windows Phone 7.5/ 7.8 customers to Windows Phone 8 that adds many new features like 'proper' multi-tasking, over-the-air updates and Internet Explorer 10.
Affiliate links may be automatically generated - see our ethics statement for details.
Comments