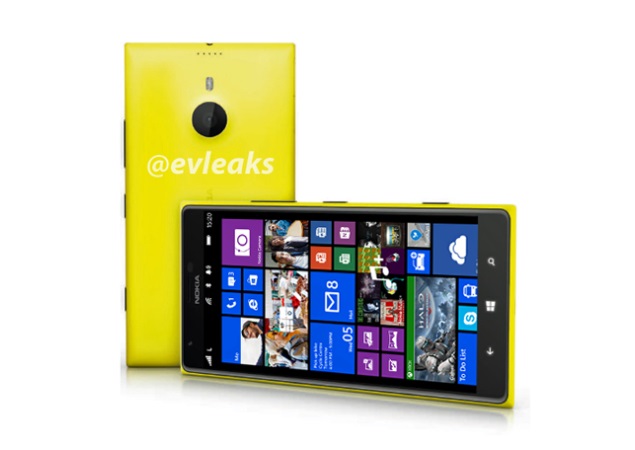 An alleged press render of the yet to be announced Nokia Lumia 1520 codenamed as 'Bandit' has leaked online.

The notorious @evleaks has posted a good quality press image of the Nokia Lumia 1520 on Twitter, that reveals the device in its clearest form yet, confirming the leaks we have seen over the last few weeks. The tweet says, "Nokia Lumia 1520, 2013" without revealing any other details regarding the internals of the device. The image shows Nokia Lumia 1520's homescreen with Live Tiles and the design largely resembles other phones in the Lumia family. The camera lens protrudes out at the back, very similar to the Nokia Lumia 925.

The Nokia Lumia 1520 is rumoured to ship with a 20-megapixel rear camera.

Last week, screenshots of the alleged Lumia 1520 device's start screen complete with a number of live tiles were leaked by prolific phone leaker, @evleaks. The images revealed that the yet to be announced phablet would offer extra columns and rows for apps. It appeared that the phone will feature a new Storyteller app as its live tile was also seen in the screenshot. However, the image did not offer any other details.