Now it seems that this camera smartphone will indeed launch as Nokia Lumia 1020. Joe Belfiore, Corporate Vice President at Microsoft and Manager for Windows Phone Program Management, posted two pictures on his Flickr Stream that were allegedly clicked by Nokia Lumia 1020. According to a news report by The Verge, one of these images had a resolution of 2947X1658 pixels while the other was 2352X1568. These images are now hidden from Belfiore's Flickr stream.

SlashGear notes that these images may have been cropped before posting online as they have been exported through Adobe Lightroom 5.0. 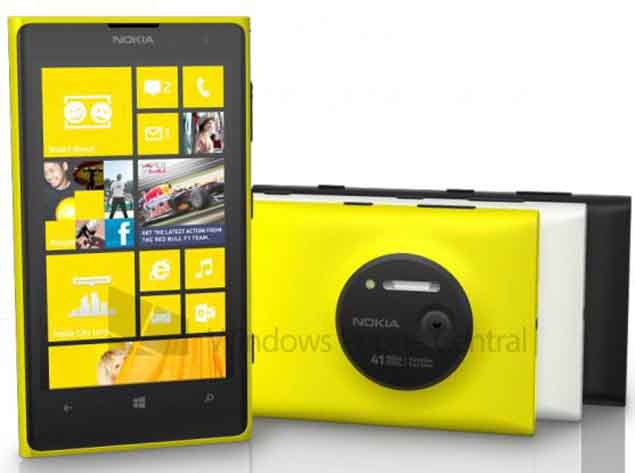 Additionally, WP Central has posted a purported image of the Nokia Lumia 1020. As per this image, the Finnish smartphone maker will be launching this smartphone in three colour options - Yellow, Black and White. Nokia is currently offering all its Lumia smartphones in various colour options, so this bit of news does not come as a surprise.

Nokia's flagship camera smartphone is expected to pack Xenon and LED flash. It is likely to come with a 'Nokia Pro Cam' application, which may offer advanced controls. There have also been news reports suggesting that the Nokia EOS will be offering a 'camera shell' accessory, which will be available for $70 (roughly Rs. 4,200).

In terms of appearance, Nokia EOS is expected to follow the same design philosophy as the Nokia Lumia 920 and will come with a polycarbonate body.

Past rumours suggest that the Nokia EOS will sport an OLED display, which has a screen resolution of 768X1280 pixels and 32GB of internal storage. This smartphone is also expected to run on Nokia's 'Amber' Windows Phone software update.

Nokia has already sent out invites for a July 11 event with 'Zoom Reinvented' tagline. It is being touted that the Nokia EOS aka Lumia 1020 will make its debut at this event.