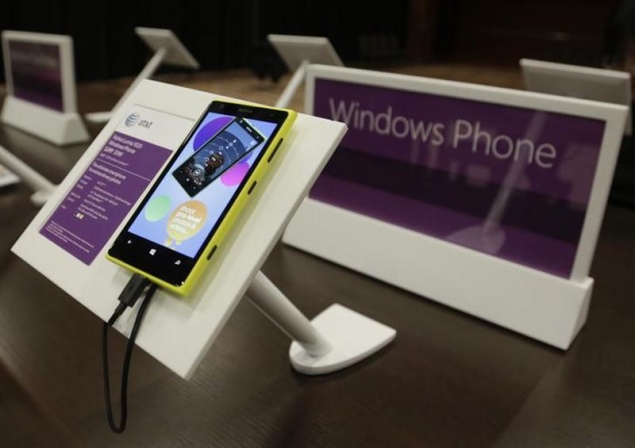 Striking workers at a Nokia factory in southern China on Friday threatened to extend industrial action after the company terminated the contracts of 59 employees for failing to return to work.

Hundreds of employees stopped work on Tuesday, complaining of changes in the wake of Nokia's sale of its mobile phones business to U.S. software giant Microsoft. The striking workers said they are being forced to sign new contracts with worse terms of employment.

On Friday, a photograph posted on Twitter by China Labour Bulletin, a Hong Kong-based labour watchdog, showed hundreds of protestors outside the factory, holding banners that said: "If you want to change the marriage, you have to first offer compensation."

More than a dozen police cars were parked outside and riot police stood guard with dogs, said one worker, who declined to be named.

Striking employees said they were told they had violated work regulations because they refused to return to work.

"They have no grounds for firing us," said a worker named Wang, adding that he is determined to continue the strike. "We've already chosen this road to walk on, so we'll stick with it."

Lack of trust in employers has often led Chinese workers to balk at takeovers they fear will worsen employment conditions, and the confrontation in the industrial city of Dongguan marked the latest incident in a wave of industrial unrest at Chinese affiliates of foreign manufacturing companies.

However, Nokia spokesman Doug Dawson said the company has held a number of sessions with its employees over the past few days "to explain the situation and dispel the many rumours and false statements".

This was denied by some employees. "The company didn't send any representative to negotiate with us; the labour union isn't doing anything either," said one of the workers, who declined to be named.

Dawson said that the company has "terminated the contracts of 59 individuals who have elected not to return to work", adding that the vast majority of the factory's 5,000 workers are at work and manufacturing operations are continuing.

Nokia agreed in September to sell its devices and services business and license its patents to Microsoft after failing to recover from a late start in smartphones. The sale is due to close in the first quarter of next year.