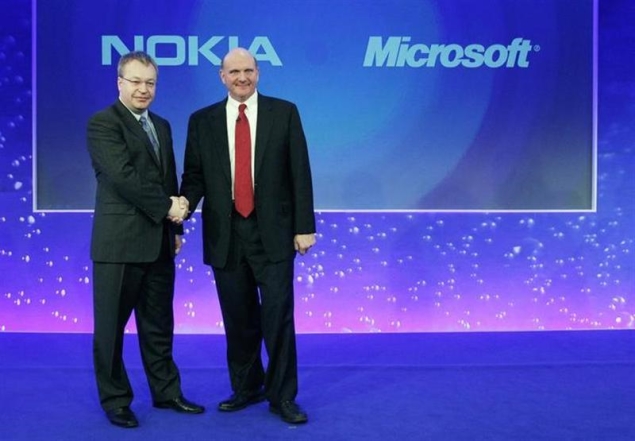 After signing a pact to sell its handset business to Microsoft, Finnish phone giant Nokia can neither license the 'Nokia' brand for use in connection with mobile device sales nor use the brand on its own mobile devices for a specific period.

"Microsoft has also agreed to a 10-year license arrangement with Nokia to use the Nokia brand on current and subsequently developed Mobile Phones based on the Series 30 and Series 40 operating systems," Nokia said in a recent US filing.

Nokia, which will be left with only its telecom equipment, location and patent development businesses, would have the right to continue and maintain the Nokia brand, except for certain period as per the agreement.

The transaction is expected to close in the first quarter of 2014, subject to approval by Nokia shareholders, regulatory approvals and other customary closing conditions.

As per telecom magazine Voice&Data, Nokia mobile phones have a 27.2 percent market share in India at the end of the Financial Year 2012-13.

Nokia will seek its shareholders' approval on November 19 this year to the USD 7.2 billion deal to sell its devices and services business to US software giant Microsoft. If shareholders of Nokia disapprove the deal, then it will have to pay about USD 51 million as damages to Microsoft.

In case an alternate proposal is placed before Nokia's shareholders which gets approved, then the Finnish company will have pay less amount as damage to Microsoft.