Earlier this year Nokia confirmed that it plans to return to the smartphone business, and soon after, revealed it was looking for a 'world-class partner' to manufacturing, sales, and marketing of the product. While the company is contractually barred from selling, or manufacturing smartphones until Q4 2016, a bunch of leaked images tip that the company has already started to work on an Android-powered smartphone.

Live images of what appears to be the long-rumoured Nokia C1 have reportedly leaked (pictured below) on the Web, revealing a similar design to the Xiaomi Mi 4i handset, and a standard camera setup on the back. Separately, an alleged press render of the handset was leaked last week (pictured above), in line with the live images and also showing an iPhone-esque speaker grille at the bottom, also seen on the Nokia N1 tablet released earlier this year. Newer reports however point to the render image being fake. 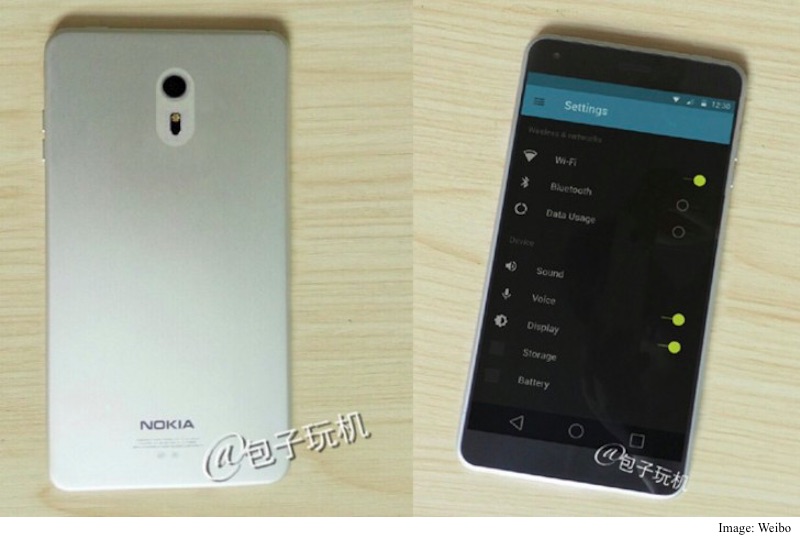 Specifications of the Nokia C1 were tipped alongside, including a 5-inch FHD display, an 8-megapixel rear camera, and a 5-megapixel front-facing shooter. It is said to run on Android 6.0 Marshmallow, as per the leak. Previous reports have suggested that the Nokia C1 will be powered by an Intel chipset and feature 2GB of RAM.

It needs to be pointed out that Nokia can't use its brand on smartphones until Q4 2016, because of the acquisition of its devices and services division by Microsoft. Earlier this year, Nokia announced that it intends to get back in the smartphone business by licensing designs to hardware manufacturers. The Finnish-based technology company, which once held the pole position in the mobile handset market, lost its dominance when it decided to ship Windows Phone-powered handsets instead of Android. The company's new handsets would run Android.