Nokia begins pre-orders for the E6 in India 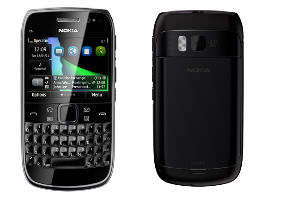 Highlights
Nokia has announced today that consumers can pre-order the next addition to its touch and type series Symbian phones, the Nokia E6. After pre-booking, consumers will need to deposit Rs. 2000 at their nearest Nokia Priority Store to secure their device. The device will be available on store shelves from July 15 2011.

The E6, which retails for 345 pounds in UK, was expected to launch in India for about Rs. 25,000. It will now be available at the much lower price of Rs. 17,999 which can also be paid via three-monthly installments offered by Nokia.

The Nokia E6 features some impressive specifications. To begin with, it runs on Symbian Anna, which is an upgrade to the S60 version 3. The device also features a 2.46-inch touchscreen display with a resolution of 640x480 pixels. It has an 8MP camera with dual LED flash along with the ability to capture video in 720p HD, 265MB of RAM, 1GB of ROM, 8GB of internal storage, QWERTY keypad and a 1,500-mAh battery that is expected to deliver up to 14 hours of talk time.

Buy the Nokia E6 if you are in the market for a sub Rs. 20,000 phone.  If you aren't a Nokia fan, take a look at Android smartphones such as the HTC Wildfire S, Motorola Defy or the Samsung Nexus S.
Comments