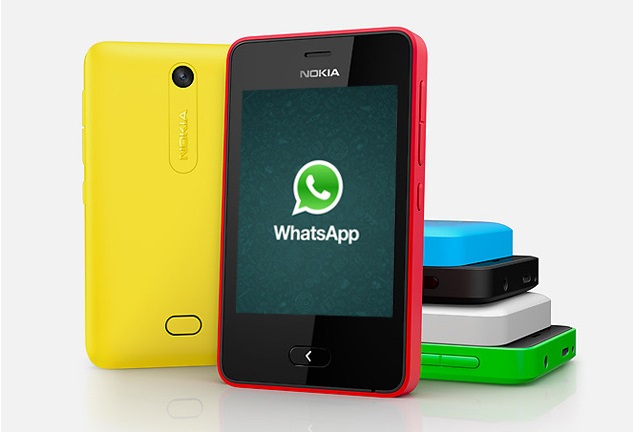 Nokia has released an over-the-air Asha software platform update for the popular Asha 501. The headline-grabbing feature in the update is the addition of instant messaging app, WhatsApp. Nokia confirmed the update via it's a Nokia Conversations blog post.

The new features added on Asha 501 via the software update had already been revealed by the company during the unveiling of the Nokia Asha 500, Asha 502 and Asha 503 at Nokia World. Some notable changes include instant access to the camera app with the help of single swipe on the lockscreen, and capturing images by touching anywhere on the camera display. Further, with another swipe one can go to gallery and edit images with newly added filters and effects.

Nokia has also revamped the Fastlane UI on the Asha 501, which now comes with interactive alarm and improved privacy features on the lockscreen, allowing users to choose between a notification icon, and a full notification with details. Nokia has also added more services to show in notifications of the Fastlane, which include apps like Odnoklassniki, Sina Weibo, and Renren.

In addition, the software update for Nokia Asha 501 brings an API for VoIP, which would allow users to make calls over a data connection using any third party app. The company claims that the VoIP feature is currently available via Nimbuzz, and more apps will be added soon. The Asha 501 also features support for Microsoft Exchange ActiveSync after the update.

At Nokia World, the Finnish giant promised that it will be bringing some new additions to the Asha 501, and the company has indeed kept its promise. Users can learn more about the Asha software update to the Nokia Asha 501 here.