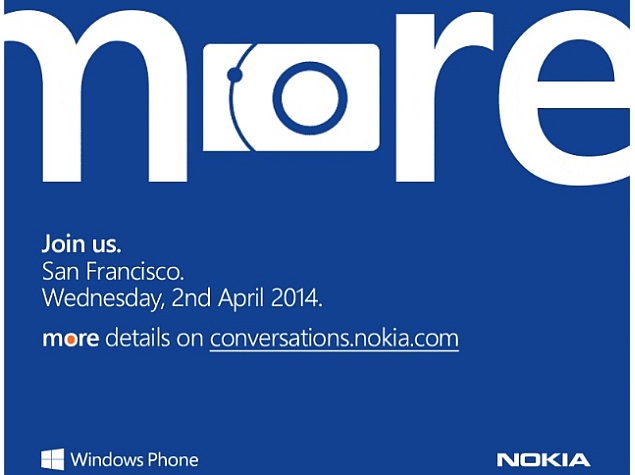 Nokia has announced an event scheduled for 2 April 2014, the first day of the Build Developer Conference, where the Finnish firm is expected to announce some new Windows Phone 8.1 hardware, such as the Lumia 630 and Lumia 930.

The event was announced on the Nokia Conversations website, in a post titled as "If you BUILD it, they will come..." While Nokia is rumoured to announce its rumoured handsets, Microsoft might concentrate on its Windows Phone 8.1 operating system. It is highly likely that both the firms may team-up and release the new Nokia handsets running the Windows Phone 8.1 OS at the Build Developer Conference event.

"What makes 2014 so special is the exciting Microsoft and Nokia partnership, and boy, have we got some treats lined up for you," added the announcement post.

Earlier this month, it was rumoured that Nokia might reveal its 'Martini' handset on the firm's reported 19 April 2014 event, alongside other devices such as Nokia Lumia 1820, Lumia 1525 and Lumia 1520 V.

Reports suggest the Lumia 630 will arrive in both single-SIM and dual-SIM variants (making it the first dual-SIM Windows Phone). It is further said to arrive without a rear camera flash, hinting it will fall in the budget segment.

No details have been reported about the Lumia 930 (Martini) handset, except for the speculated Build conference launch. The long-rumoured Windows Phone device codenamed 'Goldfinger' has been mentioned in the report however, as possibly due to launch at the same event, as a high-end device with a 3D touch interface.

The chances of Microsoft releasing its Windows Phone 8.1 OS also seem bright as the firm has already rolled-out the 'confidential' SDK files to developers, which revealed a number of upcoming features via leaks.

A report in February indicated Windows Phone 8. 1 will roll out to users sometime between July and August, with an announcement at the Build Conference 2014.