HMD Global is expected to unveil Nokia 9 PureView alongside Nokia 8.1 Plus and Nokia 1 Plus

Nokia 9 PureView is still a few days away from its official debut that is set in Barcelona on February 24. But ahead of its launch, the upcoming Nokia phone has been leaked through a couple of live images. The penta-lens camera setup of the new model has also surfaced on one of the images leaked online. The Nokia 9 PureView is rumoured to come as the next-generation flagship by HMD Global. The phone is expected to be showcased at MWC 2019 alongside the Nokia 8.1 Plus and Nokia 1 Plus.

The newly emerged live images of the Nokia 9 PureView, courtesy NokiaPowerUser, show its metal build as well as the glossy back panel along with the penta-lens camera setup. The front panel of the leaked Nokia phone appears to have rounded edges. There isn't any display notch -- matching the previously leaked renders of the Nokia 9 PureView. Also, the bezels at the top and bottom of the smartphone are almost identically thick, though the top bezel has a selfie camera, earpiece, and an array of sensors.

At the back, one of the leaked images shows the five camera sensors along with an LED flash and a separate depth sensor in a circular design. The rear panel notably comes with a reflective finish - suggests the presence of a curved glass sheet. It appears that the unit seen in the image might have a case on top of the actual back of the smartphone to preserve the Zeiss branding and the mentioning of Android One. 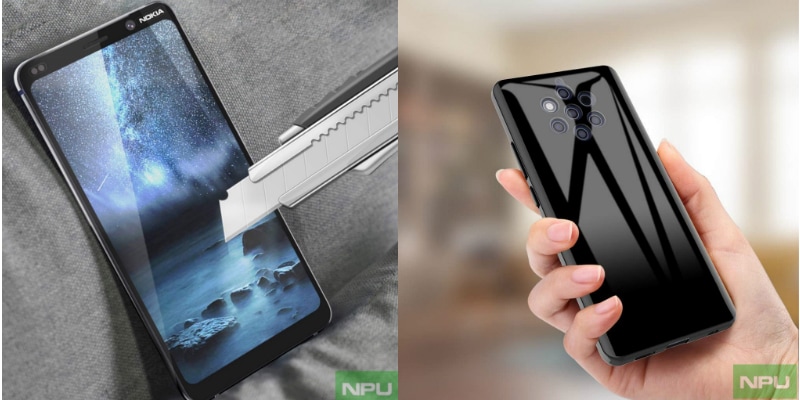 If we go by the past rumours, the Nokia 9 PureView will come with a 5.99-inch QHD PureDisplay panel with HDR10 support and have an in-display fingerprint sensor. The smartphone could also include a Qualcomm Snapdragon 845 SoC, coupled with 6GB of RAM and 128GB of onboard storage. Further, HMD Global is expected to offer features such as wireless charging support and some enhanced camera modes powered by Light.

The arrival of the new Nokia models later this month is expected to make the competition tougher for the next-generation phones by Samsung and Sony that are likely to be featured at MWC 2019.