Nokia’s return this year has been heavily lauded by its large fan following, and the popularity of the devices can be seen in flash sales and the stock getting over in a jiffy. With four devices already launched, Nokia is yet to unveil a flagship level smartphone to the world. Alleged to be called the Nokia 9, the device has been spotted on GeekBench again revealing key specifications.

The latest GeekBench listing has a Nokia device codenamed ‘Unknown Heart’ and it sports flagship level specs, hinting that it is the much-rumoured Nokia 9. The listing claims that the Nokia 9 runs on the latest Android 7.1.1 Nougat, is powered by the latest Snapdragon 835 SoC, and is paired with a mammoth 8GB of RAM.

This refutes previous rumours of 4GB of RAM spotted on GeekBench earlier on a supposed HMD Global TA-1004 device that was also rumoured to be the Nokia 9. Other rumoured specifications include a 5.3-inch QHD display, 64GB of inbuilt storage, and a dual 13-megapixel camera setup. It is said to support Quick Charge 4.0 as well. The Nokia 9 is also expected to be priced at EUR 750 (roughly Rs. 54,100), which is pretty steep and competes directly with the most high-end flagships out there.

Separately, a Nokia device codenamed RX-100 has been leaked on Chinese site Teiba showing a device with a QWERTY keypad, presumably targeted towards business users. The images corroborates with a device leaked back in 2012, where Nokia was reported to be working on a QWERTY keypad phone running on Windows Phone 8 at that time. 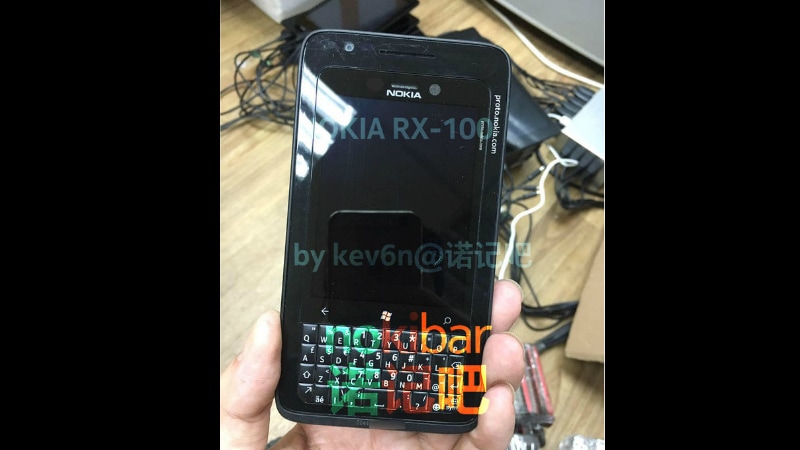 Looks like that project hasn’t been shelved yet, and Nokia still plans to launch a QWERTY keypad smartphone soon. The images show a blocky device with the display on top, and the keypad at bottom. The device seems to be rather thick to hold in the hand, but this could just be a dummy unit, and a more refined variant will be launched in the markets.

Further reading: Nokia 9, Nokia 9 Leaks, Nokia QWERTY keypad, Mobiles, Android, Nokia 9 GeekBench Score, Nokia
Tasneem Akolawala Email Tasneem Tasneem Akolawala is a Senior Reporter for Gadgets 360. Her reporting expertise encompasses smartphones, wearables, apps, social media, and the overall tech industry. She reports out of Mumbai, and also writes about the ups and downs in the Indian telecom sector. Tasneem can be reached on Twitter at @MuteRiot, and leads, tips, and releases can be sent to tasneema@ndtv.com. More
CBSE 10th Result 2017 Date Yet to Be Confirmed - How You'll Be Able to Check Marks Online on cbseresults.nic.in
T-Mobile DIGITS Lets You Connect All Devices You Own to One Phone Number