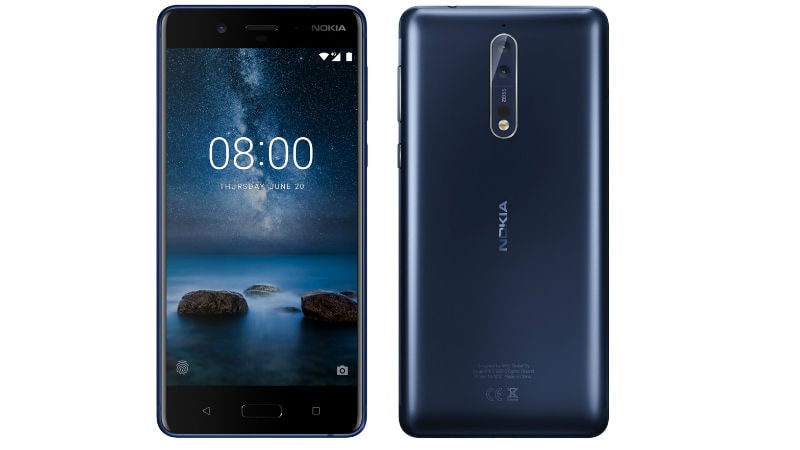 Nokia licensee HMD Global is set to launch its latest lineup of smartphones running on Android at MWC 2018. Meanwhile, the company appears to be resurrecting popular Nokia brands as it has reportedly trademarked a new handset with model number TA-1005 as the 'Nokia 8 Sirocco'. The term was earlier used in the Nokia 8800 Sirocco back in 2006, for the premium version of the Nokia 8800 handset.

According to Dutch website Mobielkopen, TA-1005 has been trademarked as Nokia 8 Sirocco, further adding that the 2018 version of the Nokia 8 will be unveiled soon, with the Sirocco branding. The name has surfaced on the mobile certification website of Thailand. This information comes about a month after a NokiaMob report suggested the name as the 'Nokia 8 Sirocco' logo was found inside the updated camera app of Nokia 5.

Interestingly, the model number TA-1005 was earlier expected to be attributed to the highly anticipated Nokia 9, which has been speculated to be announced at MWC 2018. As per US FCC (Federal Communications Commission) certification, the Nokia 9 was expected to come with model numbers TA-1005, TA-1042, and TA-1009. The Nokia 9 variant that surfaced on the FCC site was codenamed Avatar.

Based on the FCC listing, the model number TA-1005 will sport a 5.5-inch OLED display made by LG Display, and powered by the Qualcomm Snapdragon 835 SoC. It also features a dual camera setup with 12-megapixel and 13-megapixel sensors. The handset is said to come with a 3250mAh battery with fast charging support.

It won't be the first time HMD will try to revamp classic Nokia brands. We have seen the Nokia 3310 get a new avatar in 2017, and now a 4G version of the handset has also been unveiled.

HMD Global has already promised its next lineup of smartphones to be launched at MWC. While speculations are rife that Nokia 9 and Nokia 1 will steal the limelight at the event, we can also expect the Sirocco variant of the Nokia 8. Notably, these speculations should be taken with a pinch of salt, as Nokia has not revealed any details regarding the upcoming Nokia phones.