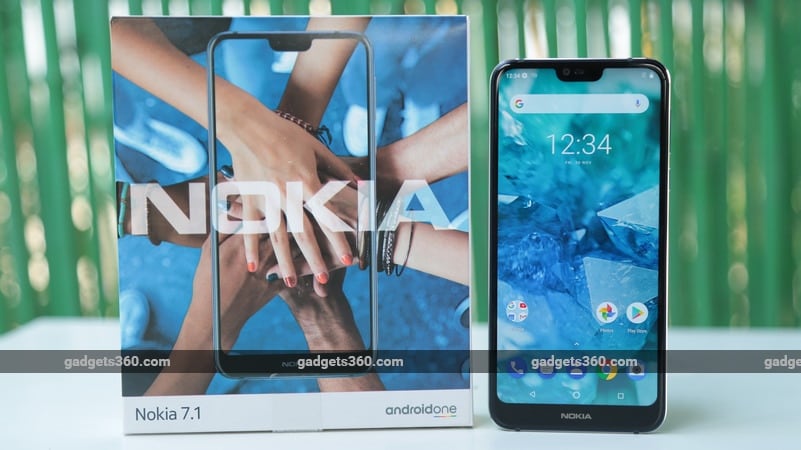 Nokia 7.1 has received a price cut in India. The smartphone was launched in the country in late November with a price tag of Rs. 19,999, however it is now listed on the official Nokia eShop at just Rs. 17,999. This reflects a price cut of Rs. 2,000. The Flipkart listing of the Nokia 7.1 is also reflecting the revised pricing, however other e-retailers, such as Amazon, are yet to mention the new pricing. Key highlights of the phone include 19:9 PureDisplay with HDR support, Snapdragon 636 SoC, and dual rear camera setup with Zeiss optics.

Gadgets 360 has contacted HMD Global for clarity on the price cut and we will update this report when we hear back.

As we mentioned, the Nokia 7.1 was launched in India in late November, and it went on sale in early December. The phone comes in two colour options, namely Midnight Blue and Steel.

The dual-SIM (Nano) Nokia 7.1 came with Android Oreo, though its upgradable to Android 9.0 Pie. It has features a 5.84-inch full-HD+ (1080x2280 pixels) PureDisplay panel with a 19:9 aspect ratio. The display panel also supports HDR10 and comes with Corning Gorilla Glass 3 protection. Under the hood, there is Snapdragon 636 SoC, coupled with 4GB of RAM.