Nokia 7.1 Plus With Display Notch Leaked Ahead of HMD Global's October 4 Event 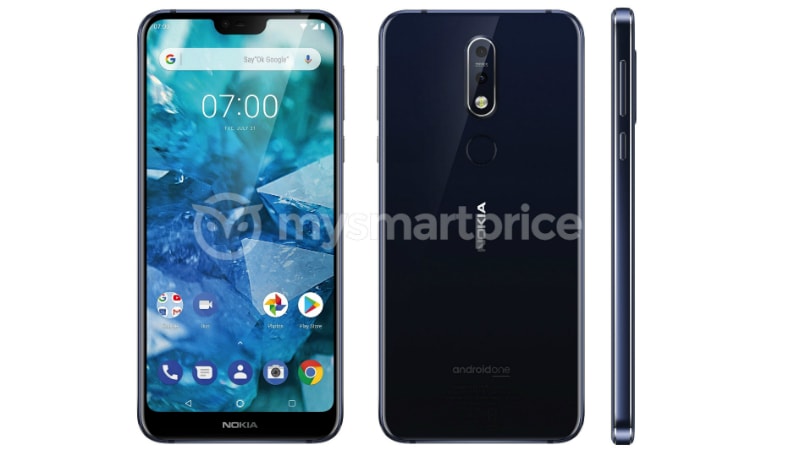 Nokia brand licensee HMD Global has sent out invites for a media event to be held in central London on October 4 where the Finnish brand is expected to unveil a new smartphone, which could be the rumoured Nokia 7.1 Plus or Nokia X7. The upcoming smartphone has been in the news for the past few weeks but recent leaks give us a rather ambiguous look at the design of the Nokia 7.1 Plus. This event could also be for the largely rumoured flagship Nokia 9, however a report this week claimed that its launch has been pushed to MWC 2019 in the first half of next year.

HMD Global will be hosting an informal sort of launch event in central London with a 5pm local time (9:30pm IST) presentation on October 4; the venue is yet to be announced, according to a report by Pocket Lint. Earlier this week, alleged press renders of the Nokia 7.1 Plus were leaked by Indian blog MySmartPrice that showed off a display notch in the front, apart from vertical dual cameras at the back.

According to the leaked press renders, the Nokia 7.1 Plus will sport a design similar to the one seen on the Nokia 6.1 Plus. It might also get a 19:9 display with a full-HD+ 1080x2280 pixel resolution. The Nokia 7.1 Plus is expected to sport Carl Zeiss optics, a Nokia logo, an Android One logo, and a circular fingerprint sensor on the back. The report suggests this phone will be powered by a Qualcomm Snapdragon 710 SoC.

On the contrary, a leak had surfaced this week that claimed to show the display panel of the upcoming Nokia X7 or Nokia 7.1 Plus which does not appear to have a notch on top. Additionally, this leak suggests the phone will sport a massive 6.9-inch display panel with a resolution of 1080x2160 pixels and aspect ratio of 18:9.