Nokia 6 July Security Update Said to Be Out, Ahead of Google Pixel 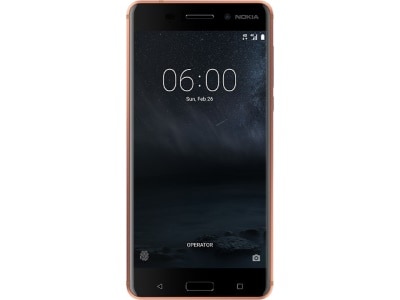 HMD Global had confirmed to Gadgets 360 at MWC 2017 that Nokia 6, the best specced of the three Nokia Android phones launched globally, will receive timely security and software update. The company is delivering on its promise, as the Nokia 6 smartphone is reportedly receiving the July Android security update now; interestingly, the handset is getting the update before Google's own Pixel phones, which makes the Nokia model the first to get the security patch. The Nokia 6 OTA update is presently being reported by users in Hong Kong and Taiwan.

The security patch brings a lot of fixes to recent vulnerabilities ensuring your device is not exposed to new flaws and bugs. Nokiapoweruser has shared screenshots from a Nokia 6 smartphone downloading the security patch (above), and the update size is reported to be at 149MB. HMD Global had promised timely updates and software support for up to two years for its Android phones. The company also confirmed that Android O will arrive on Nokia 3, Nokia 5, and Nokia 6 smartphones.

The Nokia 6 has been made available in China, Hong Hong and Taiwan only for now, but is set to arrive in many markets in a month or two. It was supposed to arrive in the UK this month, but got delayed till August 16 due to high demand. In India, the Nokia 6 has been launched at Rs. 14,999. The Nokia 6 registrations for the first sale will start on July 14, but the company has not announced when the smartphone will go on sale.

Nokia 6 sports a 5.5-inch full-HD display with a 2.5D Gorilla Glass on top. It is powered by a Snapdragon 430 SoC coupled with 3GB of RAM and 32GB of internal storage. The dual-SIM Nokia 6 smartphone comes with a 3000mAh non-removable battery with fast-charging support. On the camera front, Nokia 6 comes with a 16-megapixel rear camera with f/2.0 aperture, phase detection autofocus, and dual-tone flash, as well as an 8-megapixel front camera with f/2.0 aperture. The Android 7.0 Nougat smartphone has USB 2.0 port for connectivity, fingerprint sensor in the front, stereo speakers and Dolby Atmos audio enhancement.