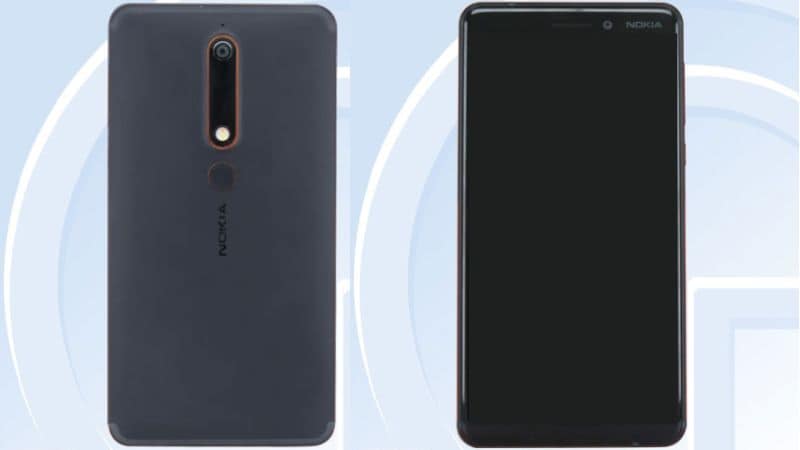 Weeks after its sneak peek via China's TENAA, it is now being reported that HMD Global will launch the Nokia 6 (2018) by as early as this week. A teaser released by Chinese retailer Suning suggests that the successor to the Nokia 6 would debut in the country three days from now - that is, Friday, January 5. Meanwhile, the previously reported TENAA listing has been updated to reveal the key specifications of the Nokia 6 (2018) ahead of its formal launch.

Nanjing-headquartered Suning, which is one of the official retail partners for Nokia phones in China, released the teaser on Weibo that points to the sooner launch of the Nokia 6 (2018) than what was speculated earlier. The teaser, as spotted by NokiaPowerUser, teaser comes with an image that shows multiple Nokia phones making a numeric three to point towards the new announcement. Suning's teaser doesn't reveal any details particular to the new Nokia 6. However, the updated TENAA listing does highlight its key specifications.

If we believe the information surfaced on the TENAA site, the Nokia 6 (2018) will feature a 5.5-inch TFT display with 1080x1920 pixels resolution and 16:9 aspect ratio. This counters the initial reports that were claiming a full-screen display with 18:9 aspect ratio. Further, the online listing states that the new Nokia handset has an octa-core processor with four cores at a clock speed of 2.2GHz and the other four cores at 1.9GHz, coupled with 4GB of RAM. There are rumours that the chip would be a Qualcomm Snapdragon 630 - the same that was debuted on the Nokia 7 last year. The smartphone also appears to have a 16-megapixel CMOS camera sensor on the back and an 8-megapixel camera sensor on the front. Also, there is a rear-facing fingerprint sensor, unlike the front-facing one of the original Nokia 6.

The detailed TENAA listing highlights that the Nokia 6 (2018) will come in two storage options - 32GB and 64GB. Both will have microSD card support (up to 128GB) in a hybrid dual-SIM configuration. The smartphone is also listed with connectivity options such as 4G, Wi-Fi, Bluetooth, GPS/ A-GPS, and Micro-USB. Similarly, it appears to have a 3000mAh battery and sensors, including ambient light and gravity.

Last month, the TENAA certification of the Nokia 6 (2018) surfaced that confirmed its launch in China. The phone with the model number TA-1054 appears to have aesthetics similar to the last year's Nokia 6. However, as per the images posted on the TENAA site, the new handset would have a camera module similar to the Nokia 5.

Apart from the Nokia 6 (2018), HMD Global is rumoured to have the flagship Nokia 9, Nokia 8 (2018), and Nokia 3310 4G variant in plans for early 2018. A recent report also hinted that the Finnish company is developing the Nokia 4 and Nokia 7 Plus alongside its other new models.