The Android 8.1 Oreo update (v2.13B) for the Nokia 6 (2018) weighs 801.4MB, and brings other new features, such as battery saving navigation buttons, a revamped power menu, new Settings menu, and a Bluetooth battery percentage. The Nokia 7 Plus update brings the exact same features, however, it weighs 590.2MB. 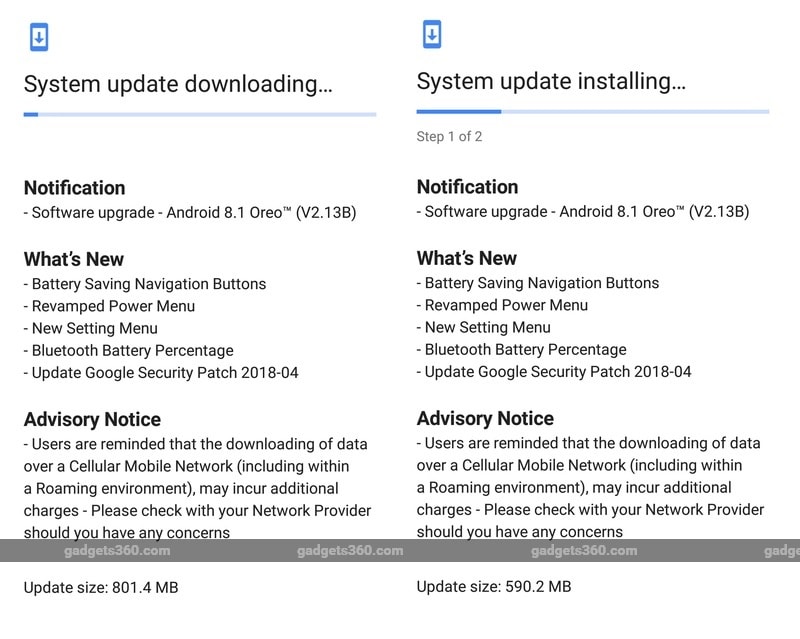 To recall, HMD Global had launched the Nokia 6 (2018) and Nokia 7 Plus in India last week, and out-of-the-box, the smartphones ship with Android 8.0 Oreo. Buyers will receive the Android 8.1 Oreo update soon after they get their units up and running. The Nokia 6 (2018) went on sale in India on April 6, and is currently available in a single RAM/ storage variant - 3GB/ 32GB. It has been priced at Rs. 16,999 (best buy price), and is available via the newly opened Nokia Mobile Shop and select mobile outlets in the country.

The Nokia 7 Plus on the other hand will go up for pre-bookings from April 20, and will go on sale via Amazon India, the Nokia Mobile Shop, and select mobile outlets in the country. It has been priced at Rs. 25,999 (best buy price).