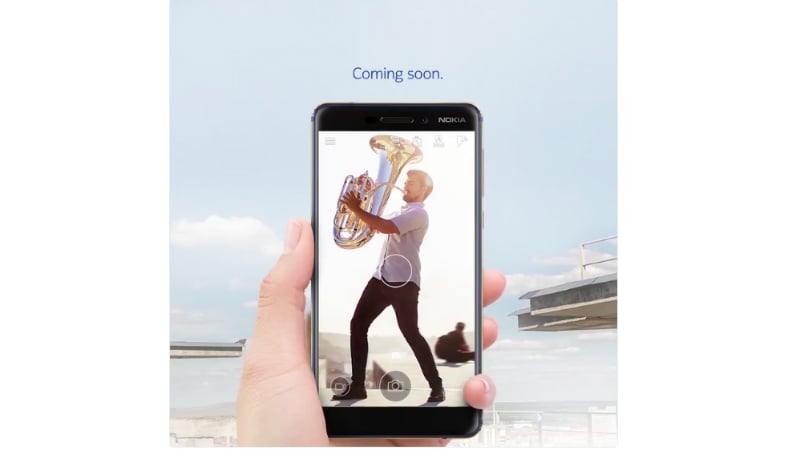 Nokia 6 (2018) 4GB RAM/ 64GB inbuilt storage variant will soon be making its way to Indian shores, a tweet by the Nokia Mobile India handle has hinted. While the 4GB RAM variant was launched at MWC 2018, it never made its way to India up until now - at the launch of the 3GB RAM/ 32GB storage variant in India last month, we were informed that it would be arriving in the coming months. We might see it becoming available in the country across Nokia Mobile Shop and select offline outlets including Reliance Digital, Croma, Poorvika, Sangeetha, and others.

In a tweet posted by Nokia Mobile India on Tuesday, the HMD Global-owned brand hints at an upcoming variant of the Nokia 6 (2018) that is said to "up your pace" and come "with even more space" clearly implying that it is the one with 4GB of RAM and 64GB of inbuilt storage. Currently, only the 3GB RAM/ 32GB onboard storage model is available in India at a retail price of Rs. 16,999. Pricing of the upcoming model hasn't been disclosed yet. The Nokia 6 (2018) was launched in India in early April alongside the Nokia 7 Plus and Nokia 8 Sirocco.

As for camera specifications, the Nokia 6 (2018) bears a single 16-megapixel rear sensor with dual LED flash and f/2.0 aperture, and a single 8-megapixel fixed-focus sensor on the front with the same f/2.0 aperture.