Nokia 6.1 Plus and Nokia 8 have started receiving a new software update that brings the January 2019 Android security patch, according to user reports. The update is reportedly out in batches in markets such as India, Iran, and the Netherlands. The latest update comes just days after HMD Global brought the January security patch to models such as the Nokia 5. The Nokia 6.1 Plus and Nokia 8 recently received Android Pie. The Finnish company also brought a Pro Camera Mode and the ability to hide the display notch specifically to the Nokia 6.1 Plus.

India and Iraq are reportedly the initial markets where the Nokia 6.1 Plus users are receiving the latest software update. However, the update for the Nokia 8 is currently said to be available in India and the Netherlands.

You can check the availability of the new software update on your Nokia 6.1 Plus or Nokia 8 by going to the Settings menu. 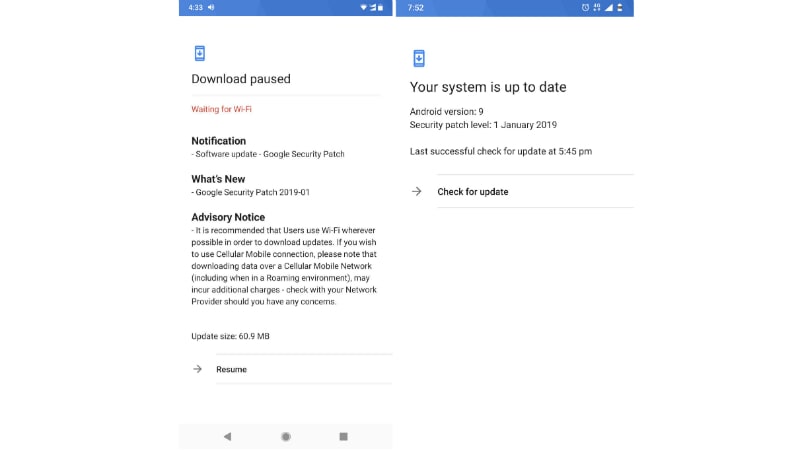