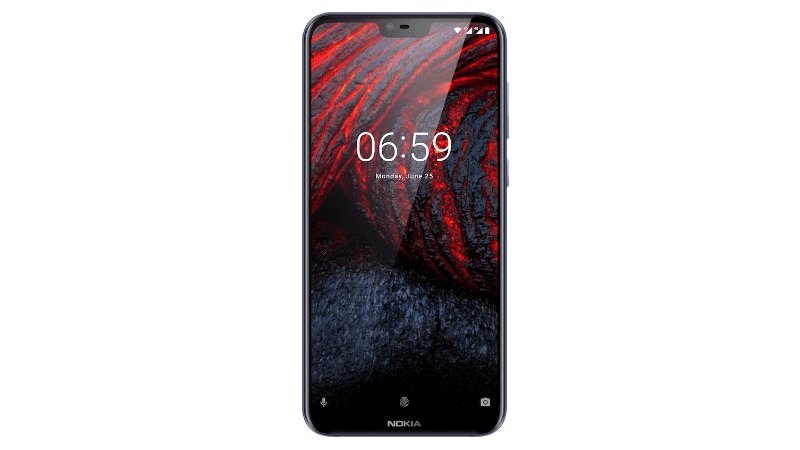 Nokia 6.1 Plus India launch is largely expected on August 21, though there is no official confirmation

Nokia 6.1 Plus, the global variant of Nokia X6 that was launched in China in May, is expected to launch in India on August 21. Nokia brand licensee HMD Global has sent out media invites for an event in the country, where it is expected to unveil new smartphones. While there is no official confirmation on what to expect at the launch event, the Nokia 6.1 Plus is likely to be at least one of the handsets. The company had recently teased the India launch of a smartphone. To recall, the handset is an Android One smartphone that was launched in Hong Kong with a price tag of HKD 2,288 (roughly Rs. 20,000). There are no details available on the Nokia 6.1 Plus price in India as of now.

Alongside this, HMD Global may also launch the Nokia 5.1 Plus aka Nokia X5 and Nokia 2.1 in India on August 21. The company has a record of launching several handsets simultaneously. However, the Nokia 6.1 Plus is most likely to be the new model coming to India through the launch event. Notably, a support page confirming the development of the global Nokia X6 variant had surfaced online in India in June, roughly a month before the official launch of the Nokia 6.1 Plus in Hong Kong. The company had recently called Nokia fans to participate in a contest to join the next exclusive launch event in the country.

Specifications of the Nokia 6.1 Plus are identical to the Nokia X6 that was launched in China in May. The dual-SIM (Nano) smartphone runs Android 8.1 Oreo and features a 5.8-inch full-HD+ (1080x2280 pixels) display with a 2.5D Gorilla Glass 3 and an 19:9 aspect ratio. It is powered by an octa-core Qualcomm Snapdragon 636 SoC, coupled with 4GB of RAM. There is a dual rear camera setup with a 16-megapixel primary sensor and a 5-megapixel secondary sensor - sporting an f/2.0 aperture. For selfies, there is a 16-megapixel sensor along with an f/2.0 aperture. The smartphone has a bunch of AI features such as optimised colour contrast, depth of field, and portrait lighting effects, as well as HDR support and a Bothie mode. There is also Face Unlock support.