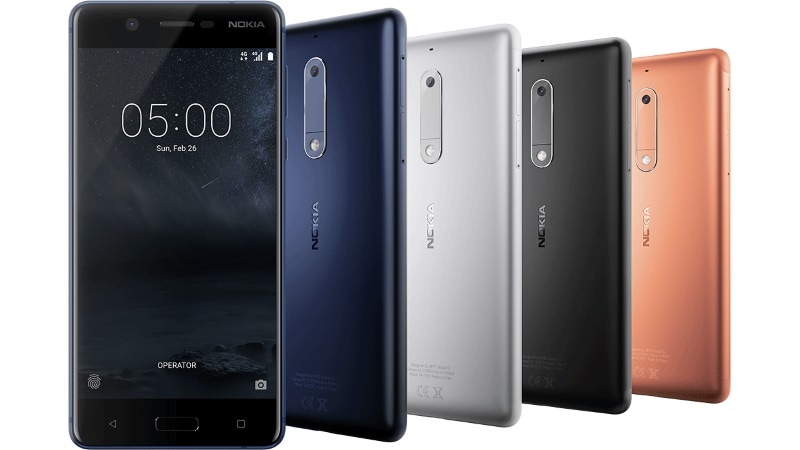 Nokia, or rather HMD Global, is at it again. The company has released the September Android security update to the Nokia 5 smartphones ahead of Google’s update for its Pixel and Nexus devices. This, as you may have gathered, is not the first time that Nokia has beaten Google to its own Android security update. Back in July, the Nokia 6 received the monthly security patch ahead of Nexus and Pixel devices, whereas last month, the Nokia 5 and Nokia 6 received the update alongside Google devices. So overall, it’s safe to Nokia has thus far been doing a good job with security update rollouts, something the company had promised soon after launch.

Getting back the September Android security patch for the Nokia 5, the 142.1MB update is now rolling out to users, Nokia Power User reports. The update does not bring in any other changes, the report notes. Google hasn’t yet published the Android Security Bulletin for the month of September 2017 yet, putting Nokia far in the lead with its own rollout. To add some more perspective to the announcement, HMD Global this week also confirmed that the Nokia 3, Nokia 5, Nokia 6, and Nokia 8 smartphones will all receive Android 8.0 Oreo updates.

To recall, the Nokia 5 was first unveiled back at MWC 2017, and has since launched the smartphone in India as well. While the smartphone’s India launch was back in July, the company only made the Nokia 5 available to buy in the country on August 15. The Nokia 5 comes with a fingerprint scanner mounted on the home button and sports a 5.2-inch HD (720x1280 pixel) display. It runs on Android 7.1.1 Nougat and is powered by the Qualcomm Snapdragon 430 SoC coupled with 2GB of RAM. It comes with 16GB of inbuilt storage, which is expandable via microSD card (up to 128GB). Nokia 5 packs a 13-megapixel camera on the back along with a flash and while an 8-megapixel sensor sits at the front.