Ever since the Nokia phone brand has been resurrected, HMD Global has been very fast and reliable when it comes to pushing updates to its smartphones. Now, the March 2019 Android security patch for the Nokia 5, Nokia 6, and Nokia 8 has started to roll out. The update was actually delayed for these first generation Nokia phones, but eventually, the Nokia 8 was reported to have received the update this week, with users of the Nokia 5 and Nokia 6 also reported to have received the updates for their devices. Separately, the Nokia 9 PureView is receiving an update that speeds up the camera, fingerprint sensor, and face unlock feature.

As noted in a report by Nokia Mob, HMD Global last week in a community post said that the March security patch for the Nokia 5, Nokia 6, and Nokia 8 has been delayed, as there was a one-time issue related to the rollout and thus HMD Global decided to take extra time to review before releasing the update to the masses. Nokia Power User reports that the update is now rolling out for the three smartphones, citing user reports. 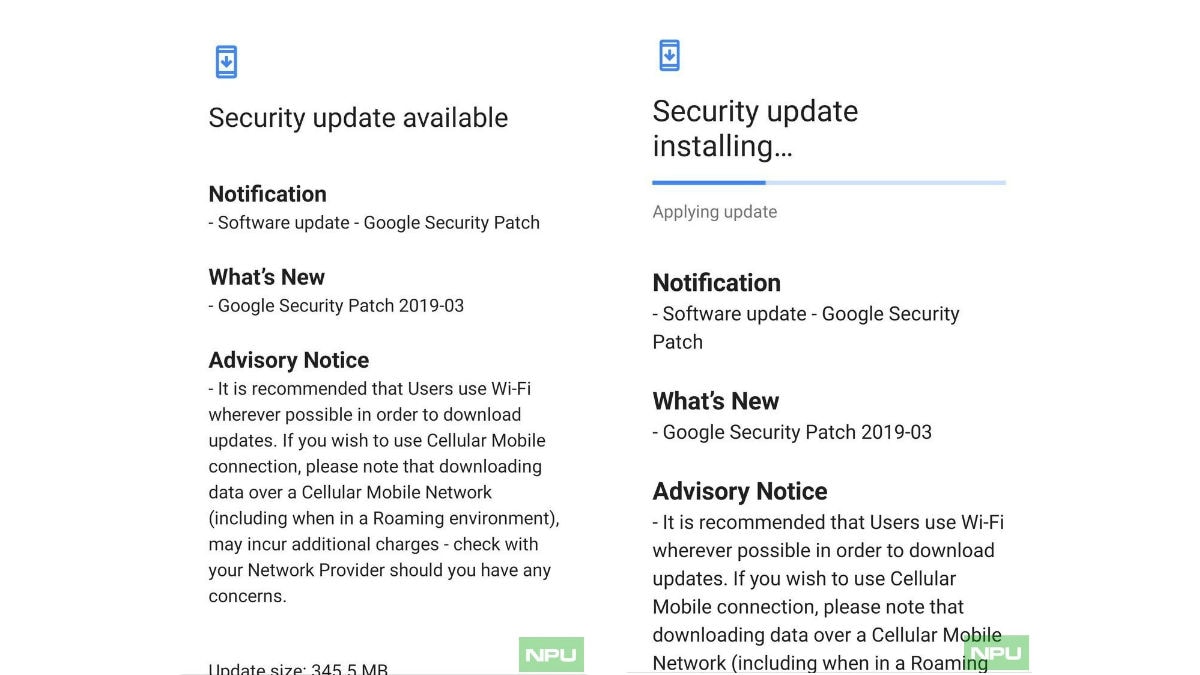 As for the size of the March security updates for the Nokia 5, Nokia 6, and Nokia 8, they stand at 267MB, 345MB, and 95MB respectively, Nokia Power User reports. And according to the Android security bulletin, the update brings a solution for a severe critical security vulnerability in Media Framework that could enable a remote attacker using a specially crafted file to execute arbitrary code within the context of a privileged process. All the three Nokia phones by HMD Global were updated to the latest Android 9.0 Pie update earlier this year. While the Nokia 5 received the Pie update in January, the Nokia 6 and the Nokia 8 received their updates in February this year. Ever since HMD Global brought back the Nokia phones, it has made it clear that updates will be a smooth sail and at least two years of OS update support will be given to all Nokia phones.

In addition to security patch updates for the Nokia 5, Nokia 6, and Nokia 8, HMD Global has also reportedly also rolled out a new Android Pie-based update for its flagship smartphone, the Nokia 9 PureView. The build version is 4.22C and the update weighs in at around 250MB. According to a report by NPU, the update carries with it the latest April 2019 security patch and brings along stability and UI improvements. As per user reports, the update brings speed improvements to the camera, the in-display fingerprint sensor is said to work better and unlocking the smartphone has become faster as a result, and finally, Face Unlock has become faster.

As reported in March this year, the Nokia 9 PureView is set to launch in India soon. To recall, the phone was originally launched by HMD Global at this year's MWC in Barcelona. The main selling point of the Nokia 9 is its rear Penta-lens camera setup that has been developed in collaboration with Light.