Nokia 5.2 is tipped to break cover on February 23, and will reportedly go on sale early in March. 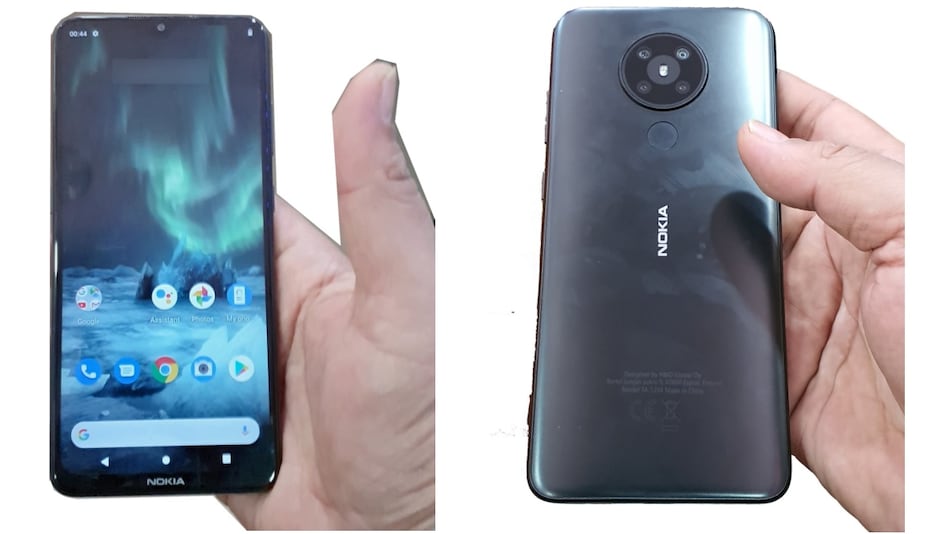 Nokia brand-licensee HMD Global has scheduled an event on February 23 in Barcelona, where the company is expected to launch a host of smartphones. As per the rumour mill, the Nokia 5.2 will be among the new phones that will break cover later this month. Now, live images of an upcoming phone said to be the Nokia 5.2 have surfaced online. The leaked images show the Nokia phone packing quad rear cameras arranged in a ring. Over at the front, the phone can be seen sporting a familiar Nokia design with a waterdrop notch at the top.

Tipster Evan Blass, who goes by the alias @evleaks on Twitter, shared the hands-on images of the upcoming Nokia phone. He notes that the phone depicted in the images carries the codename 'Captain America'. However, the question mark after the ‘Nokia 5.2' name suggests that the actual name of the phone might turn out to be something else.

The alleged Nokia 5.2 is seen sporting a circular camera module with a ring-like arrangement of lenses. The module has four radially positioned rear cameras and a dual-LED flash module sitting at the centre. The rear panel has a curved profile and appears to have a glossy finish. Over at the front, the phone can be seen flaunting a familiar design with a waterdrop notch and a thick chin at the bottom with Nokia branding. The leak mentions that the Nokia 5.2 packs 6GB of RAM accompanied by 64GB of internal storage, but more configurations might be in the pipeline as well.

Nokia 5.2 is said to be priced at $180 (roughly Rs. 12,800), while its release date is pegged to fall somewhere around March 4. The release date sounds reasonable, given the expected February 23 launch of the phone. However, the fresh leak contradicts with a previous report. Back in 2019, alleged hands-on images of a Nokia 5.2 popped up online, however, that phone had three rear cameras instead of four. Moreover, it was said to have been codenamed ‘Nokia Daredevil' and was tipped to pack the Snapdragon 665 SoC.