Nokia 5.1 Plus Tipped to Launch on July 11, Price Also Leaked 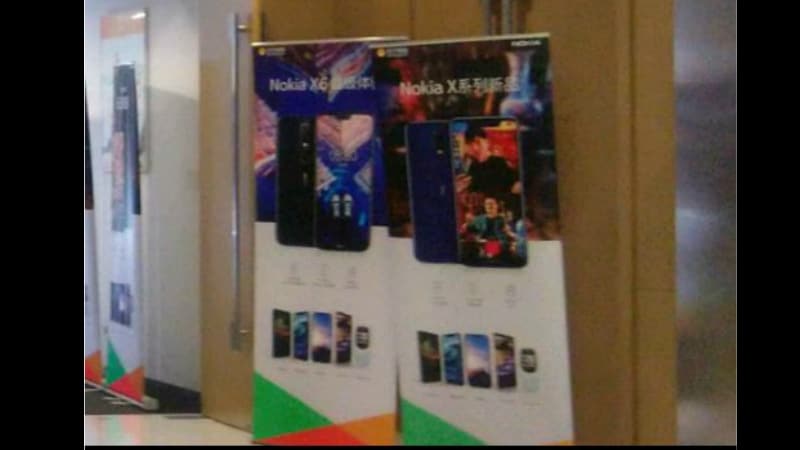 Nokia 5.1 Plus aka Nokia X5 (2018) has been in the news for the past few weeks now, having leaked in several renders and on certification portals. Now a fresh leak hints at its launch date as well as revealing the smartphone's design and price. The device is expected to be called Nokia 5.1 Plus mostly, but it could be a possibility that HMD Global may also decide to call it Nokia X5 (2018). In any case, the poster leak tips that Nokia 5.1 Plus is set to launch on July 11 in China.

The poster has been leaked on Baidu, and it claims that the Nokia 5.1 Plus will be launched in China on July 11 in two storage options. The starting price of the smartphone is set to be at CNY 799 (roughly Rs. 8,200) for the 32GB variant, while the 64GB variant will be priced at CNY 999 (roughly Rs. 10,300). Moreover the poster reiterates the Nokia 5.1 Plus will sport a notch display, a dual camera setup at the back, and a fingerprint scanner underneath it. This corroborates with past renders and even the TENAA leak recently. In the poster, we can see the Nokia 5.1 Plus in Blue, but other colour options are expected on launch day.

Previous leaks suggest that the Nokia 5.1 Plus will run on Android 8.1 Oreo out-of-the-box, sport a 5.86-inch HD+ (720x1520 pixels) TFT display with 19:9 aspect ratio. The octa-core processor will be clocked at 2.0GHz, possibly from the MediaTek P series or the Qualcomm Snapdragon 600 range. It will be paired with 3GB/ 4GB/ 6GB of RAM and 32GB/ 64GB of internal storage. As for camera specifications, the handset has a vertical dual camera setup at the back with a primary 13-megapixel sensor. On the front, an 8-megapixel selfie camera is expected.

Connectivity options include 4G VoLTE, Bluetooth, USB, and battery is expected to be at 3000mAh. Sensors on board the purported Nokia 5.1 Plus include accelerometer, ambient light sensor, rear-mounted fingerprint sensor, and proximity sensor. The handset measures 149.51x71.98x8.1mm and weighs 160 grams.

The Baidu post also suggests that there might be two more smartphones in the works, one with a Snapdragon 710 SoC, and one with the Snapdragon 845 SoC. A Nokia smartphone codenamed 'Phoenix' has been rumoured before, sporting the Snapdragon 710 SoC, and possibly this leak is talking about the same device. It was reported to launch sometime in autumn or winter, but according to this latest Weibo post, now it should arrive sometime in the third quarter, possibly at IFA 2018 in September. The all-new Snapdragon 710 system-on-chip (SoC) mobile processor is more powerful than the Snapdragon 660 SoC, but not as capable as the top-end Snapdragon 845 SoC. The 10nm octa-core chip includes two Kryo 360 Cortex-A75 cores that are clocked at 2.2GHz and six Kryo 360 Cortex-A55 cores clocked at 1.7GHz. The Nokia 'Phoenix' will also reportedly have an 18:9 display, 4GB RAM, 64GB storage internally, and ZEISS branded optics, but this is all just speculation for now.

Talking about the Snapdragon 845 Nokia flagship phone, the company has also been reported recently to be working on a flagship device sporting an in-display fingerprint sensor, and the mentioned Snapdragon SoC. It is expected to be called the Nokia A1 Plus, and it should also launch during IFA 2018 in September.

MIT's Cheetah 3 Robot Can Climb, Run, and Jump Without Vision