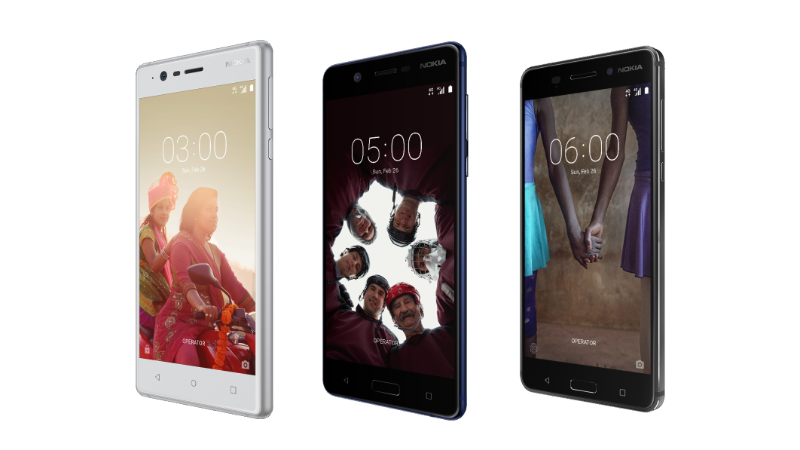 Update: Nokia 6 to Be Launched Globally, Coming to India Soon

Thank you for staying up and following our live blog. More details and stories coming up soon only on Gadgets 360.

And that's a wrap.

Nokia will be launching globally on day 1. You can sign up to know more on nokia.com/phones

Nummela is back on stage.

We're hearing about a global campaign from Nokia about helping communities in developing countries from around the world.

We're getting to know how Nokia plans to market these phones.

Nokia Androids will have access to Google Assistant, Unlimited Photos in cloud, etc

Jamie from Google is on stage, talking about the Nokia brand and collaboration with Google

All 3 phones will be available in Q2 this year

Will be available in 4 colours. Blue, copper, black and silver. EUR 189 for the Nokia 5

The antenna is moved to the top and bottom for a clean back.

Nokia 5 is official. For those looking at a compact form factor.

Sarvikas is talking about the Nokia 6 launch in China. In 4 days, they received 1.3M registrations. Initial quantity sold out in 23sec.

Video over. Now time for some phones.

We have a demo video on what inspired the design for the Nokia phones.

We can expect a 'pure Android' experience. Looks like Nokia is taking a cue from Motorola.

Premium designs should be limited to flagships ... says Sarvikas

Design will be 'simple' and 'natural'.

All phones will have a laminated display stack.

Nokia Android phones will be different in 3 ways

We're aiming to be one of the top smartphone makers, globally

HMD is working with Foxconn for manufacturing Nokia devices

it's a big day for HMD, says Nummela

Arto Nummela, CEO of HMD Global is on stage

We're now getting to products. Smartphones!

President and CEO of Nokia, Rajeev Suri is on stage.

Cedric from Withings, is on stage talking about new connected health products.

We're going into how Nokia is playing a role in healthcare. Over 60 percent of adults have a chronic disease, says Brad.

The Ozo camera was shipped less than 12 months ago, and since then, there have been big updates like Ozo Live, etc.

The event is being streamed live using the Nokia Ozo, in 360 degrees.

Brad is talking about how 5G will revolutionise AR, VR, connected cars, etc.

Brad Rodrigues is on stage welcoming everyone.

The event seems to be delayed a bit. We should be beginning in about nine minutes.

10 minutes to go. Are you guys excited?

We're about half and hour away from getting the show on the road, so grab a coffee or something to nibble on because we feel this is going to be one of the most exciting launches for smartphones, this year.

Besides this, we should be treated to the launch of the Nokia 3310 feature phone, a throwback to the classic. Of course, this being 2017, we should expect some modern conveniences thrown in.

Hello folks! Welcome to the live blog for HMD Global where the Finnish company will finally unveil what everyone's been waiting for - Nokia Android smartphones.

Nokia CEO Rajeev Suri took the stage at the Nokia MWC 2017 event to welcome HMD Global CEO Arto Nummela on stage, who spoke about the Nokia brand, and its future with Android powering it. Juho Sarvikas, Chief Product Officer, HMD Global said the company will obsess about real-life experience, and will go beyond specifications. He said the Nokia Android phones will be defined by premium build quality, great cameras, and amazing design, and added that premium design should not be limited to high-end smartphones.

The company also made the rumoured Nokia 3 and Nokia 5 budget Android phones official at the event.

The star of the evening, however, was the Nokia 3310 reboot, which now has talk time of 22 hours, standby time of 1 month, and comes with the classic Nokia ringtone that everyone remembers. Also, it comes preloaded with the game Snake, which will also be available as a Facebook Messenger game.