Nokia 3310 Will Go on Sale in India Today: Price, Specifications, and More 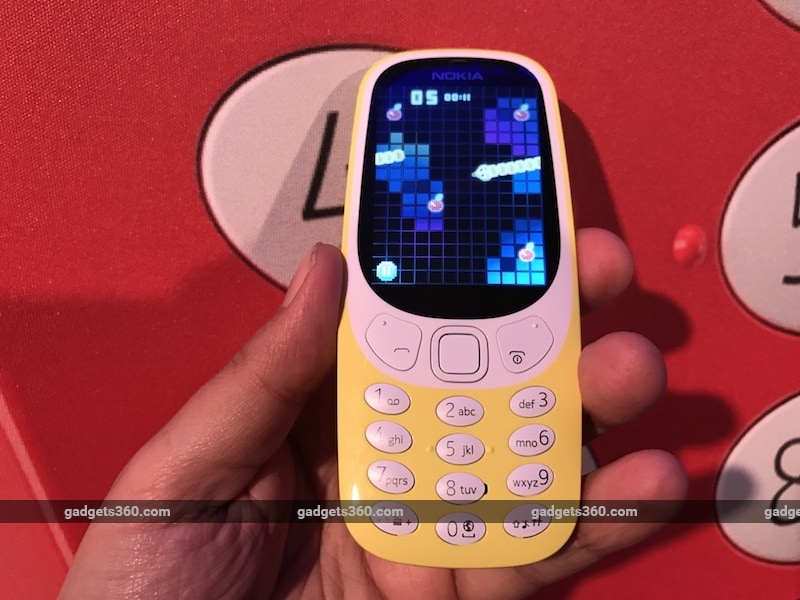 Nokia 3310 will be available to purchase in India starting today from offline stores, ending months of wait for nostalgic Nokia fans who want a walk down memory lane. The Nokia 3310 India launch was announced earlier this week, and the feature will come in four colour options - Warm Red and Yellow (both with a gloss finish), and Dark Blue and Grey (both with a matte finish). Priced at Rs. 3,310, the handset has features such as 2G Internet access, long battery life, familiar form factor, and a new version of the classic Snake game. It stole the limelight at the company's MWC 2017 launch event and received an overwhelmingly enthusiastic response at the event.

It sports a refreshed design, keeping the rounded edges and sturdy build iconic to the original 3310. The new curved screen window on the Nokia 3310 is designed for better "readability in sunlight." The phone also sports new push buttons and a new UI with similarities to the original.

The new Nokia 3310, much like its original sibling, features a massive standby time of up to a month, a highlight of the device. The new Nokia 3310 also includes the regular Micro-USB port and ditches the pin charger. It features Bluetooth 3.0 with Nokia's SLAM technology.

The Nokia 3310 sports a 2.4-inch QVGA (240x320 pixels) colour display, compared to the 48x84 pixel resolution of the original. The handset runs on Nokia Series 30+ OS and comes with 16MB storage and supports expandable storage via microSD card (up to 32GB). On the back is a 2-megapixel camera with LED flash; the feature phone also offers FM radio. Nokia 3310 (2017) packs a removable 1200mAh battery that offers 22 hour talk-time and month-long standby time. With the Nokia 3310 (2017), HMD Global also brought back the classic Snake game which has been optimised for the new colour screen.

Announcing the new Nokia 3310, Ajey Mehta, VP India, HMD, Global said, "Talk all day on a single charge, send texts, take pictures and enjoy a pocket jukebox with a built-in FM Radio and MP3 player. Our reinvention of this classic design is sure to make you smile. It's got everything you remember, but with a modern twist. So whether you're after a feature phone that offers amazing battery life in a head turning design or a companion phone, the Nokia 3310 won't let you down."

Google I/O 2017: Google Shifts Mobile Focus to Apps and Digital Assistant
How to Buy and Sell Bitcoin in India