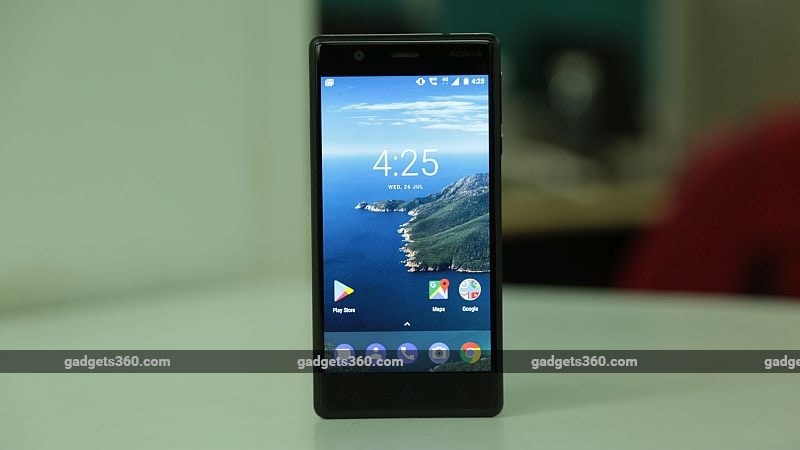 Nokia 3 will be getting the Android 7.1.1 Nougat update by the end of August, HMD Global has confirmed. With this update, Nokia 3 - the cheapest Nokia Android phone at Rs. 9,499 and the only one available to purchase in India right now - will join its siblings Nokia 5 and Nokia 6 in the list of models with the latest version of Android. While the mid-tier Nokia 5 shipped with Android 7.1.1 Nougat out-of-the-box and the high-end Nokia 6 moved to the wider Android 7.1.1 rollout in May this year, Nokia 3 has not been left behind by the company as HMD Global's Chief Product Officer, Juho Sarvikas took to Twitter to make the confirmation.

The Nokia 3 currently runs Android 7.0 Nougat, and as promised by HMD Global it will receive the latest Android update. Sarvikas on Saturday posted a tweet that "Got a few questions on this so wanted to confirm that #Nokia3 will receive 7.1.1 update by end of August. @nokiamobile". Furthermore, Sarvikas also confirmed to one of the Twitter users that the Android 7.1.1 Nougat will be rolled out globally at a same time rather than being restricted to particular regions initially.

After the Android 7.1.1 Nougat update, the Nokia 3 will have the features such as the app shortcuts for apps, GIF support from the native keyboard app on some compatible apps like Google Allo, Hangouts, and Messenger.